Dr Andy Xie, renowned Chinese economist, says the world needs China and the US to base their relationship on a shared economic vision. 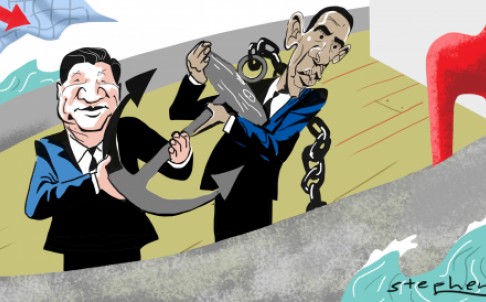 How the 21st century pans out depends on how China and the US relate to each other. If they form an effective partnership, the globalisation that began after the cold war will continue, and the resulting income gains would enable the world to deal with poverty, global warming, ageing, pandemics and other looming global crises.

If the two become adversaries and engage in a new cold war, the world may suffer stagnation for decades to come.

China, with its vast population and high savings rates, is clearly the source of demand in the future. That has been the case in commodities over the past 15 years, but not in consumer products. If the global economy is to have another boom, it has to realise this potential in China’s economy. China has gained huge market share in the global economy, and has distributed its income gains disproportionately in fixed asset investments. That has led to insufficient demand and excess supply in the global economy. The current difficulties largely reflect this imbalance.

The bilateral relationship is drifting dangerously. What’s keeping the situation from spiralling out of control is the unimaginable cost of a rupture. This economic equivalent of the military strategy of “mutually assured destruction” is currently holding the two countries and, by extension, the global economy together. Nonetheless, as each side takes defensive action, the strategy will lose its power over time.

If China and the US don’t take bold action to anchor the bilateral relationship, a rupture is inevitable. When that happens, it will bring to an end this phase of globalisation. The world would certainly be worse off.