Andy Xie, renowned Chinese economist, considers that China’s financial crisis might have begun, but there is hope – if the country undertakes dramatic reforms… 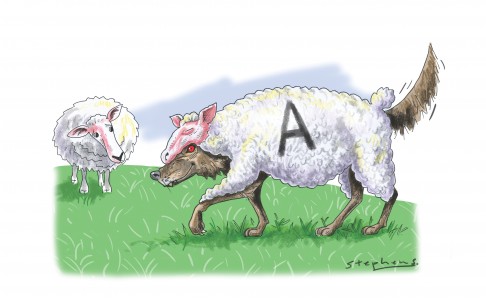 Chinese people are among the hardest working and most efficient in the world. Virtually everyone is working. Overtime is ubiquitous. Retirees are looking after their grandchildren so their daughters can work. And yet, Chinese wages are one-eighth of the Organisation for Economic Cooperation and Development level. The main reason is that China’s system wastes resources massively. The political system is often the reason for the waste, for the purpose of enriching a few. A bigger challenge than the market crash is how much money is missing from the credit system. China’s debt has quadrupled since 2007 in US dollar terms, while nominal gross domestic product has doubled. A big chunk of the increase has been siphoned off to join the speculative capital. As the speculative bubble bursts, the non-performing loans will mushroom. Some may take the remaining cash and leave the country, as happened in Southeast Asia in 1998.

The chances are that China’s financial crisis has begun. The game of ramping up asset prices to cover up bad debts is coming to an end. Deflation will probably take hold. The government will find new ways to roll over debts in commodities and commodity industries. More and more zombies will populate China’s economy. The reforms may be triggered by capital account pressure. When deflation began in Japan, there was little risk that local money would leave. Hence, Japan went into a spiral of deflation and a strong yen. China’s local money is mobile. As interest rates go down at home but up abroad, a massive outflow is inevitable. That would put pressure on the exchange rate. As international pressure makes it very difficult to devalue, reforms have to unfold to keep money at home.

While financial problems are numerous, China is still on safe ground to undertake dramatic reforms. The labour market is tight despite the economic slowdown, because China’s labour force is declining. Hence, whatever temporary interruption there is in the economy, it won’t lead to widespread social instability.

When China is reformed and has a transparent and market-based financial system, the economy will boom massively. Unlike the situation in the past, this boom will lead to sustainable profits growth. That is the basis for a real bull stock market.