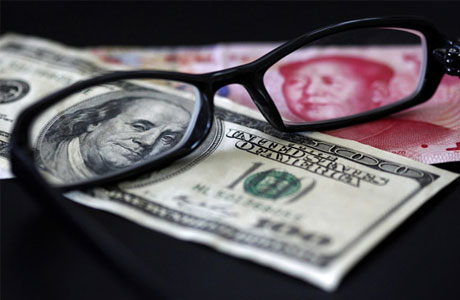 China’s asset bubble increasingly depends on financing from the shadow banking system. The carry trade – borrowing dollar loans at low interest rates offshore and converting the loans into yuan, either disguised as foreign direct investment or export revenue, for lending at a high interest rate – has become a significant source of funding in the shadow banking system. The recent surge of land prices in big cities may be due to it.

The rising share of unstable financing for the country’s asset bubble threatens a chaotic ending. If the bubble suffers a confidence crash or a receding tide of liquidity, the unwinding of speculative holdings would be chaotic, causing a hard landing.

The carry trade drove the property bubble in Southeast Asia before 1997. The rising U.S. interest rate triggered its collapse. China is under the influence of the same force but on a much larger scale. The Fed’s massive quantitative easing has driven up China’s money supply, partly through the carry trade. If the Fed unwinds the QE, China’s bubble will burst.

The carry trade and land speculation are closely intertwined. The declining profitability in the real economy has driven many to either loan sharking or land speculation. The Fed’s QE incentivizes them. China’s high interest rate, supported by expected speculative profit, pulls them in. The resulting monetary surge makes the speculation profitable for the time being.

Real reform is about limiting government power. No other reform is meaningful in the current context. As reforming the government is likely a long and slow process, China’s bubble economy will run its course, exhausting all the available money and all the potential entities for borrowing. A hard landing at the end seems quite likely.