Dr. Andy Xie was a keynote speaker at Tourism Australia’s China Uncovered conference in Sydney last March 2016. Dr. Andy Xie shared his insights on the the changing tourist expectations and Chinese economy, and how these affect tourism in Australia.

As an independent economist, Dr. Andy Xie gave several points to ponder especially about the spending habits of the younger generation in China. Dr. Xie emphasized that the current generation likes to spend more compared to their parents who went through the challenges of starvation and manual labor saying “They like to spend, it is not like old people in a bus eating instant noodles. It is going to be different. In China the millennials are very much driven by online information and also word of mouth from friends.” Dr. Xie even went on to say that the younger generation is not very concerned about saving or worrying about their future because the “one child policy” ensured that they will inherit.

Dr. Andy Xie’s insight has sparked some brilliant reactions from the audience. Here’s what some of them had to say in social media: 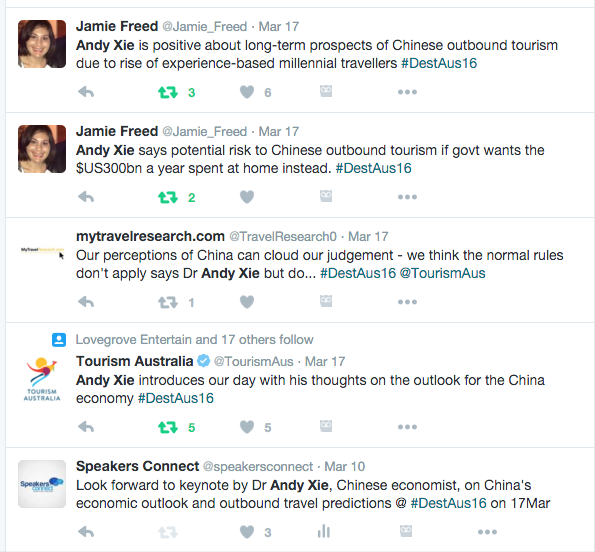 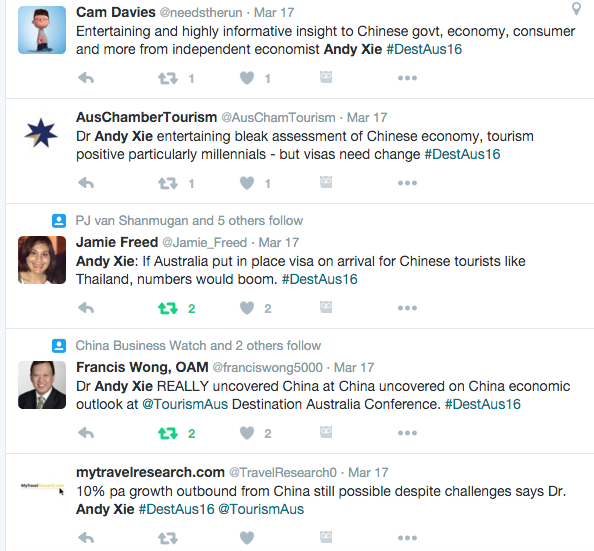 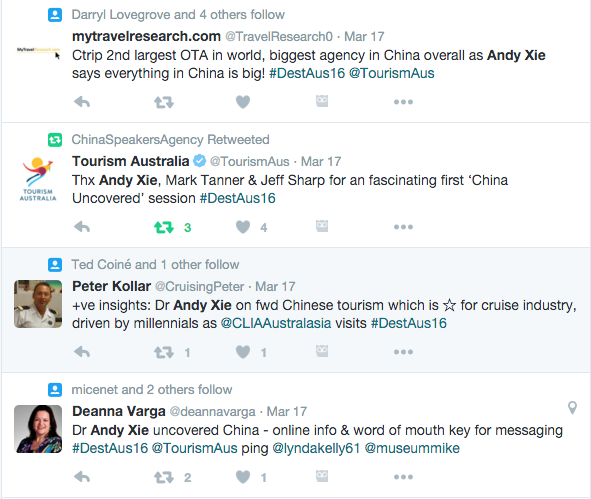