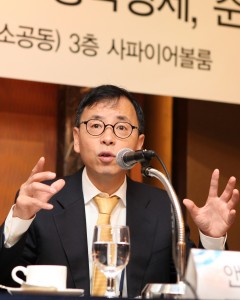 Andy Xie, renowned Chinese economist, predicts that 2013 will be a year of stagnation.  Below are his more specific advices on the 2013 economy at the beginning of the new year at Caixin :

Last year I was bullish on the stocks of MNCs and precious metals, and bearish on industrial metals and emerging market properties. My hunches for 2013 are similar, with a few changes.

1) MNC stocks. MNCs are the biggest beneficiaries of globalization. Their global footprint allows them to manage costs and demand fluctuation in any one place. They have used their profits to build up intellectual properties, brands and scale. The entry barriers are very high at the top. This is why their profits have remained good despite all the crises around them. Their stocks gained sharply in 2012. Hence, the gains in 2013 may not be as spectacular. Still, in a low growth era, stable earnings will be highly valued.

2) Gold. Gold performed poorly in the second half of 2012. Rupee devaluation has sapped Indian demand for gold. The dollar has been strong. Competing assets like stocks and bonds have done well, draining its investment demand. Still, it has remained resilient. Gold is a hedge against monetary inflation. Inflation is inevitable to solve today’s debt crisis. When the market realizes that the Fed wouldn’t pull money back to fight inflation, gold will go very high. The final surge is likely in 2014, not next year. Still, it could reach a new high in the second half of 2013.

3) Bonds. Central banks are manipulating interest rates along the whole yield curve. They will continue to do so as long as inflation isn’t a big problem. The bond market is a bubble, but there is still time to play. I suspect that 2013 will still be a good year. Along the same line, I’m bullish on U.S. banks. What the Fed is doing to the property market will benefit them enormously. The bond bubble will burst when inflation becomes indisputable, which is likely in 2014.

1) The yen. I wrote an article on the turning point for the yen in early November. Even though the yen has dropped sharply since, it has a long way to go. The yen-U.S. dollar exchange rate may break above 100 in the second half of 2013. With fiscal consolidation inevitable and the economy in recession, Japan has nowhere else to turn. Some people argued with me about the yen. They said that not only Japan, but everyone else, needed devaluation. The difference is that yen has been appreciating despite Japan’s recession. The reversal brings it in line with others.

2) The A$. The Australian dollar may tumble over 10 percent in 2013. The Australian economy is not in good shape due to the strength of its currency. It lives on the commodity boom and a property bubble. The recent recovery in iron ore and other industrial commodities is a head fake. The commodity boom is over. The investment boom in the sector will lead to oversupply for years to come. Along the same lines, industrial commodities will do poorly again. The price of iron ore will likely reach a new low in 2013.

3) Emerging markets. Stocks and properties in emerging market will again fare poorly in 2013. They need to absorb the impact of a deflating hot money bubble. They are behind developed economies in debt and bubble adjustment. Companies in emerging economies have few inherent competitive advantages to protect earnings on the way down. Indeed, on the way up, they depend on asset inflation for earnings. This is why banks and property companies tend to lead emerging markets. When the cycle turns down, no one does well.

4) Bullish on agriculture. The degradation of farmland in China will remain a major force driving up the prices of agricultural products. As food safety becomes a central policy issue in 2013, the impact becomes bigger. In a down cycle, food consumption is resilient. The demand and supply balance favors the agro market again.

Every year I write down some thoughts on the markets. Economics says that markets are unpredictable. Nevertheless so many of us still try. I try to make predictions on extension and collapse of irrational forces. When a government or central bank understands something wrongly and acts accordingly, it drags the market along until it hits a wall. A herd mentality is another force. It is usually potent in emerging economies. Betting on governments and people acting foolishly seems a winning strategy, at least in the short term.