Our renowned Chinese Economist speaker, Dr Andy Xie, wrote an article in CaixinOnline where he predicts the global economy in the second half of 2013, discussing the implications of diverging monetary policies… 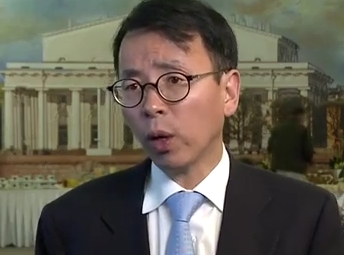 The monetary policies of major economies are diverging for the first time since 2008. The euro zone, Britain and Japan are sustaining quantitative easing, while the United States, China and other major emerging economies are on a tightening path. The divergence is creating trends in some markets, volatility and confusion in others.

The U.S. dollar is on a strong trend, as the expectation of the Fed’s tightening is driving deleveraging of dollar-financed carry trades. On the other side of the strong dollar are a weak pound, euro and yen.

The decline of commodity currencies is the clearest trend. The Australian dollar, Canadian dollar and the currencies of several commodity-export-dependent emerging economies have declined sharply. The trend is likely to continue throughout the year.

Stocks will remain volatile on conflicting news regarding liquidity and growth. Fueled by asset inflation, the United States’ growth rate is picking up, and dollar liquidity is receding in anticipation of higher interest rates ahead. The growth outlook for Europe and Japan remains fragile. Their quantitative easing is likely to remain intact through 2013. Most big companies are global in their sales and earnings. Hence, their stocks will fluctuate with mixed news on growth and liquidity.

A limited crisis in emerging markets is still possible. As hot money is leaving them, they are facing difficulties in adjusting to the tighter liquidity environment. The recent political disturbances in Brazil, Egypt and Turkey amplify the uncertainties.

Gold is likely to perform well in the second half of 2013. While the rising U.S. dollar keeps downward pressure on the price of gold, rising global uncertainties support its role as a safe haven. Further, gold pricing is shifting to the East from the West. The Shanghai market is likely to overshadow London or New York within five years. Hence, the price of gold will increasingly track China’s monetary policy rather than that of the United States.

Read the entire article at CaixinOnline…