The US Government Shutdown has revealed many underlying issues of the US Economy. Renowned Economist Andy Xie, shared his insights on CaixinOnline on the possible default of the US Government, and why it is time to buy gold. 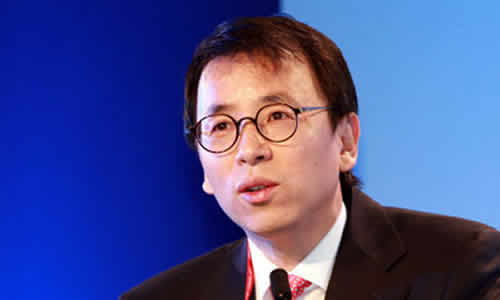 The US Government Shutdown

The U.S. government shutdown reflects irreconcilable differences among different group of the population. Even if some stopgap measures are soon adopted to reopen the government, the cause of the shutdown will not be addressed.

[…] unless some sort of solution is reached to reconcile the differences between the left and the right, sooner or later the U.S. government will default.

The impact of Globalization

[…] The squeeze on the white-collar middle class is intensifying with further progress in IT. Most white-collar jobs within a large corporation involve collecting and analyzing information. The latest technologies use computers to perform such functions. If some work cannot be done by computers, they can be easily outsourced to anywhere in the world. In the 1990s, Western economies gave up on factory jobs and shifted to white-collar jobs that prospered on adding value to low-cost manufacturing in emerging economies. Hence, goods have been sold at five to ten times the ex-factory price. This enormous gap has allowed so many white-collar jobs to exist. E-commerce is likely to destroy most such white-collar jobs. The impact from globalization on developed economies is intensifying, threatening to unhinge them.

US Dollar and Gold Prices

[…] over the long run, the dollar may not fare well. The U.S. government has tried to exploit the dollar’s global status by excessively increasing money supply. It is really a tax on the Chinese. At some point, the demand for the dollar will vanish due to its relative depreciation over the long run.

One catalyst for the dollar’s demise would be a U.S. government default. The looming battle over the government debt limit is a risk in that regard. I don’t think that it will really pan out this time. In the long run, this risk is much greater. As Obamacre proceeds regardless of the opposition, the anti-government faction will further be enraged. Their financial power is unlimited. They are determined to bring chaos if it is the only way to stop government expansion. At some point, they will cook up a scheme to trigger a government default.

I believe that gold will fare very well in an increasingly unstable world. While the Fed’s tightening bias is a headwind, its fundamentals are strong enough for its price to rise against it. As the dollar’s fragilities become more apparent, the demand for gold will skyrocket. I believe that the price of gold will rise above US $3,000 per ounce within five years and much higher beyond.