Dr Andy Xie, Renowned Chinese Economist, spoken at the Financial Review and IG Inflection Point last week.  He says that the Australia’s dollar was strong because of the high interest rates, but a fall in the currency won’t be enough to prevent a drop in the housing market…. 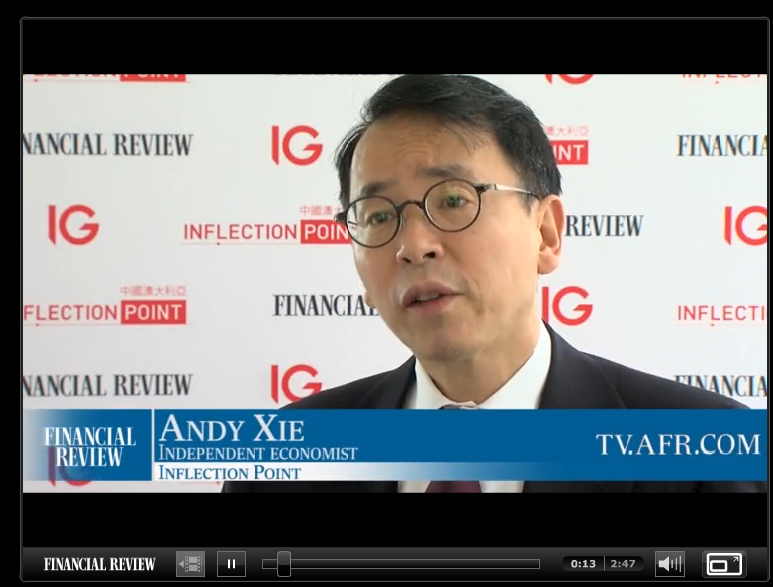