In a recent interview with CGTN, Arnold Ma shared his insight into the newly announced joint venture between Warner and Tencent Music. 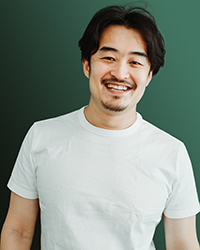