China marketing expert, Arnold Ma, and his team at Qumin has recently published a research paper on Opportunities in China after COVID-19, examining how 10 industries are recovering from the pandemic and their future prospects. The full report can be found at Arnold’s linked in page here:

Due to high demand and a positive response, we’ve now made our report available for everyone to download! We’ve learnt a lot in the weeks it took us to research and produce the report. Filled with trends, insights and case studies from China, our 74 slide report examines how 10 industries are recovering from COVID-19 and their future prospects Due to the nature of “China speed”, these industries are evolving at lightning speed, which is why we’re offering FREE webinars to delve deeper into certain industries with the most up to date news (link in comments). 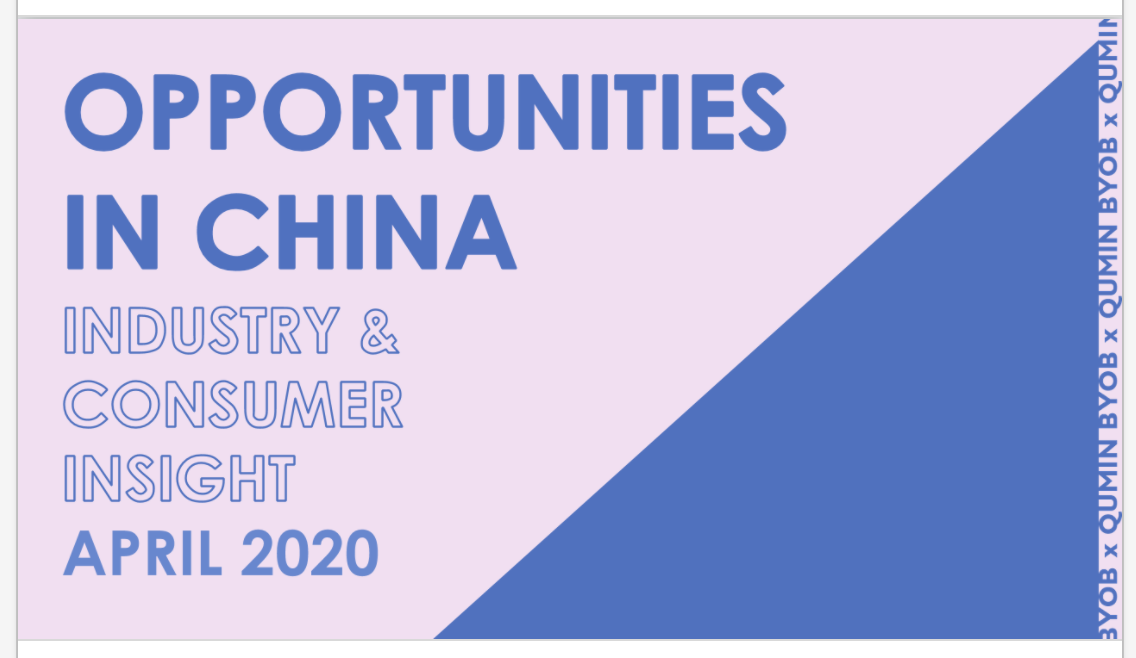