Are you looking for a first class MC without the ‘celebrity’ price tag? Introduce them to Darryl Lovegrove, the popular entertainment producer and the 2012 Australian Event Awards’ Entertainer of the Year’.

Darryl has quickly become one of the most sought after MC’s in Asia and Australia. This unique ‘two for one’ option combining his charismatic ability to host any event AND provide the entertainment has created massive value for any event planner.

Check out the testimonials below. They say it all! 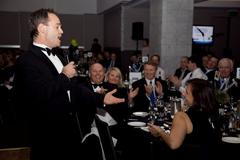 “The fact that he could host as MC but also deliver the most awe inspiring musical performance to our customers was just awesome.”
Brent Spillane, Director XPO Exhibitions

“Darryl performed at our gala dinner and was fabulous.  Undoubtedly one of the best performers we have engaged.”
Peter Daly, Former CEO, AFS

“What a voice! He is an exceptional entertainer, a true professional and an absolute delight to deal with. Thank you for a brilliant night of entertainment.”
Martin Klopfer. etm group of companies 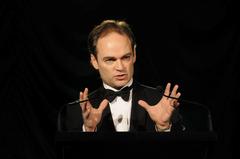 “Darryl was amazing, brilliant and world class. Everybody is raving that it’s the best Export Awards ever.” Catherine Mullane. NZ Export Awards 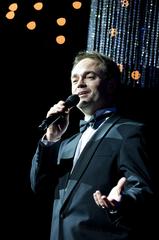 “Darryl is a unique and class act offering incredible value not only as a slick MC but also as a dynamic performer. He draws from his operatic and music theatre background and leaves a stunning effect on an audience.”
Carlene Martin, EventMergers

“Fantastic job!  Your theatrical experience and ability to read the audience gave us a faultless performance from a seasoned, enthusiastic professional.”
Steve Scott, MD, Conferenz Ltd.

“Darryl came highly recommended and he did not disappoint! So many comments how great he was”
Rory Ross Russell, CEO 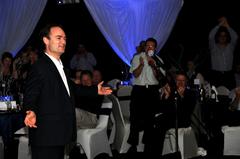 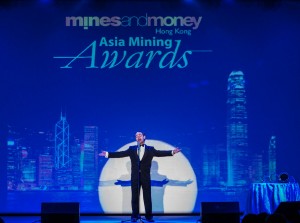 “It was fantastic having Darryl as we got such great feedback on his performances and everyone wanted him to sing more! It was a great choice and his jokes really lightened up the mood after a long business day.”
Francesca Duck, Beacon Events.

The name ‘Darryl Lovegrove’ is synonymous with entrepreneurialism, quality and innovation in the world of entertainment.  An electrifying delivery of a compelling story punctuated by live operatic performances – he keynote is nothing like you have experienced before and is guaranteed to uplift, inspire and highly motivate your audience!

Co-creator of world-renowned corporate entertainment sensation “The Three Waiters”, Lovegrove (and former business partner) started with a simple entertainment concept that went on to revolutionise corporate entertainment!  Thrilling audiences of millions in over 70 countries, the Act earned a standing ovation from the worlds’ greatest opera singers themselves  – “The Three Tenors” and was the recipient of several prestigious international industry awards.  Offices were established in Sydney, LA, New York, London and Bogota Colombia. After 11 years, Lovegrove sold his financial interest in the Act and established his own Company which is well known for creating innovative corporate entertainment acts of the highest calibre.

Contact us at China Speakers Agency today to engage Darryl Lovegrove to emcee and perform at your next event!