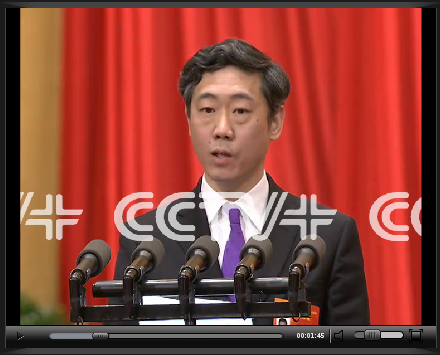 Li Daokui, member of the 12th CPPCC National Committee, China’s top political advisory body, made a speech on Monday afternoon, pointing out that shortage of money is not the reason for high financing cost of enterprises.

“Now, the main investors of these infrastructure projects are governments at various levels as well as relevant investment platforms. Guaranteed by governments, these infrastructure projects are much easier to get loans from banks. For banks, it is a stable source of profit. However, these projects usually take long-term loans and the banks keep on helping these projects with financing in a way of providing new loans. It causes a direct consequence that banks have limited money to loan enterprises. That is why enterprises, especially small and medium-sized enterprises facing a lack of loans,” Li said.

Li, also head of Tsinghua University’s Center for China in the World Economy, stressed that reform on finical system is necessary to solve this issue, adding that commercial banks should quit the field of long-term infrastructure construction financing and local governments can raise capital through other methods including issuing bonds, which can also improve the transparency of local finances and lower the financing cost.