David Daokui Li, one of China’s leading economists, talked about the recent Chinese stock market decline – why the 30% drop is not a financial crisis, and what weaknesses of the Chinese market has exposed in this incident. 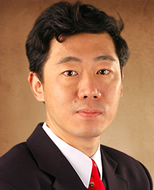 Why is the 30 per cent drop in the Chinese equity market not a real crisis, compared with the chaotic trading days on Wall Street in the fall of 2008, and the financial panic in Thailand in 1997? First and foremost, the Chinese stock market is much less connected with China’s overall financial system, where commercial banks still remain at the center.

Neither is it closely linked with the real economy. In the first five months of this year, despite the hectic pace of IPOs, capital raised in the stock market accounted for only around 4 per cent of the total amount raised by bond markets and bank loans. As for the impact on private consumption, which accounts for 45 per cent of GDP (compared with 70 per cent in the U.S. case), the drop is equivalent to 3-to-5 per cent of household wealth, and this is a high-ball estimate.

It is also imperative to remember that the Chinese the stock market had risen by 80 per cent in the 10 months prior to the recent 30 per cent decline. Thus, for many investors, this would be akin to going to Las Vegas and winning $800 at blackjack and then quickly losing $300. The gamblers would still have $500 on the table. It is unlikely that they would change their minds about dining at a steakhouse where they already have a reservation and go to a McDonald’s instead.

What is the most fundamental lesson to be learned from the Chinese stock market decline? It has to be that in order to maintain a stable stock market, it is essential for the listed shares to be of high quality. The reason for the rapid drop is that many shares are in companies that are either barely profitable or losing money. Other companies are making money but pay little cash dividends. Many Chinese investors are accustomed to this and are treating the stock market as a casino.

How can the foundation of Chinese stock markets be strengthened? Rule of law is the key. That is to say, rule-violating firms and traders should be subject to punishment by law. Unfortunately, the Chinese court system is nowhere near being capable of dealing with securities fraud.