Dr Dan Steinbock, suggests that the COVID-19 challenges are far from over. The pandemic is still spreading and could become more virulent. Several major economies face “lost years.”

Q: So collateral damage will still deepen along with “lost years”?

A: Yes. The impact has been relatively worse in those major economies that were coping with challenges already before the coronavirus contraction. Among high-income economies, most may face 4-7 years of lost progress, as measured by significant erosion of capita incomes. In some economies, prior challenges are contributing to greater declines (e.g., Italy, Japan). Among upper middle-income economies, China and possibly Indonesia may navigate through the crisis without negative contraction. But most countries have already lost 5-7 years of progress and in some cases, typically Brazil and Argentina, the lost years could prove worse than expected.

Q: What about poorer economies?

A: Among lower middle-income economies, even the best performers have already lost 3-4 years (India, Kenya, Philippines, and Vietnam), while others may lose a decade (Nigeria). Among low-income economies, the best performers have lost 5-7 years of progress (Ethiopia, Mozambique). Some have had losses of up to 20 years (Madagascar), or over 25 years (Yemen). These countries suffered from falling living standards long before the pandemic, due to political instability, civil war and foreign invasions. But the pandemic could contribute to “perfect storms.” 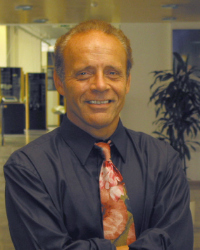 He has moderated international corporate conferences in US, Europe and Asia, including with Jack Welch, former CEO of GE. He gives regularly strategic and policy briefs for trade associations, government agencies and IR institutes, and chambers of commerce in US, Europe and Asia. He has lectured in leading EMBA programs in US (Stern/NYU, Columbia), China (Fudan, Tsinghua), ASEAN (Singapore, Malaysia, Philippines), and Europe (Norway, Finland, UK).