We are thrilled to have Dr Erez Morag, Sports Scientist who designed the sports shoes for Ronaldo, Ronaldinho, Liu Xiang, Roger Federer, and many more to speak in Hong Kong and Macau for the “Asian Insurance Forum 2013” hosted by Societe Generale, and the Fleet Management Senior Management Conference last week. Nevermind the typhoon! 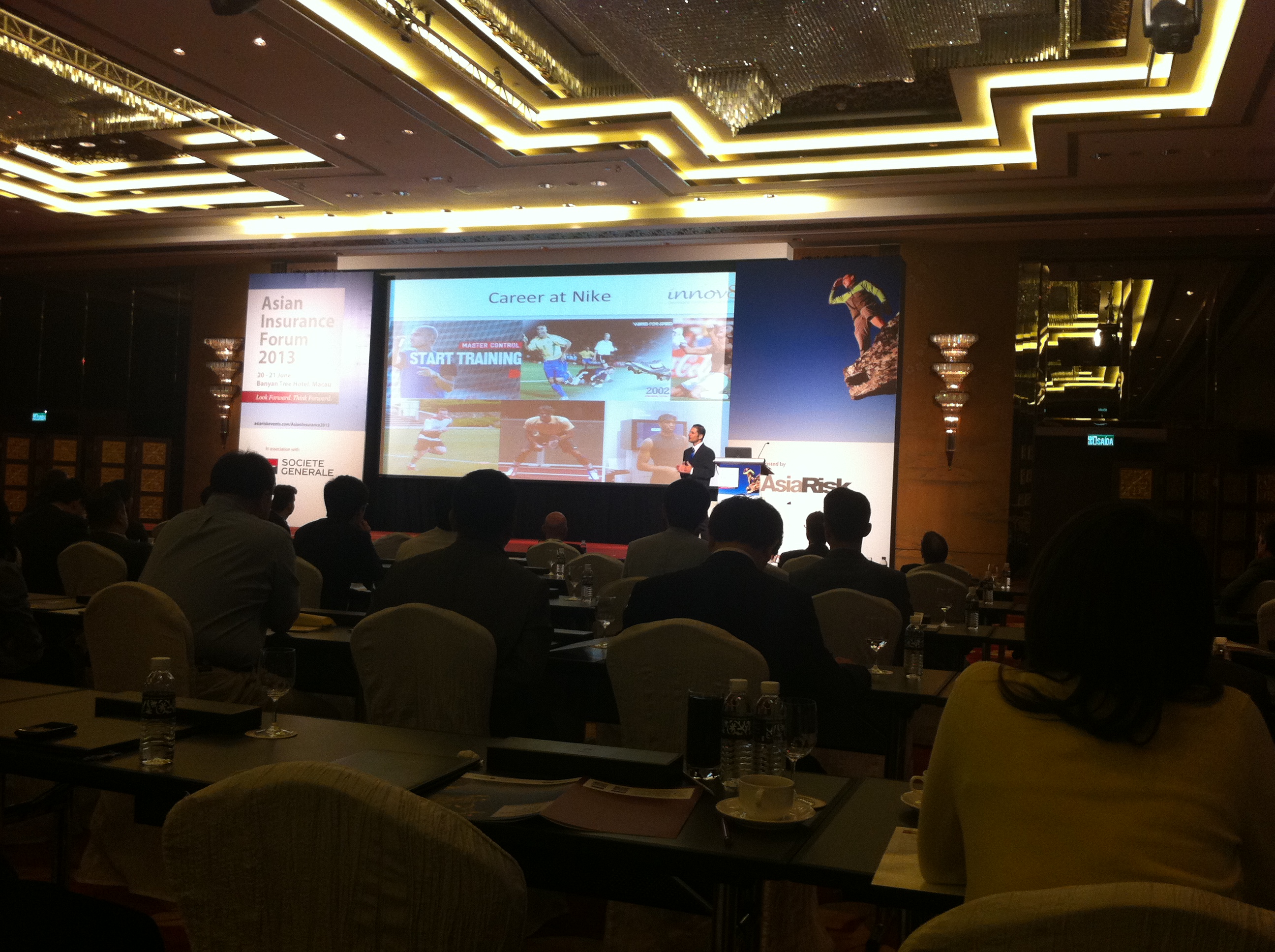 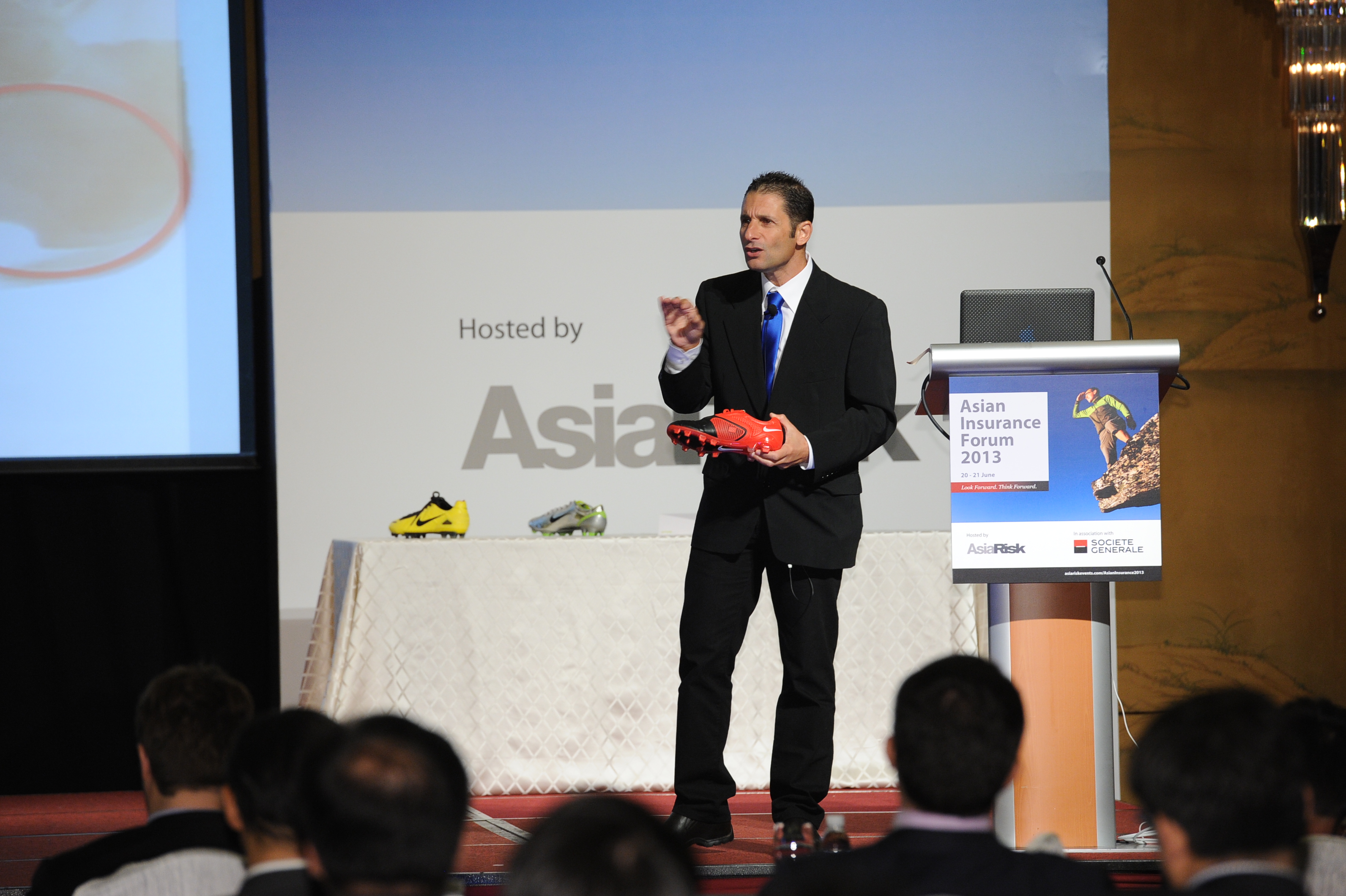 Nike Game Changer Dr. Erez Morag is an innovation expert based in Israel. Dr. Morag speaks widely around the world, inspiring entrepreneurs, business leaders, and students to use sport science principles to enhance their businesses. His speaking engagements have included Harvard Business School (where his talk has evolved into a case study), Stanford University, the National Football League, Syngenta Corp., and Pipeline 2011 Innovation Conference, where he was the featured speaker.

While at Nike’s headquarters in Oregon (1998-2011), Erez contributed to four unprecedented start-ups within the company. He was recruited initially to lead innovation research in the multi-billion dollar global football and women’s fitness industries. After a successful run with product innovations, he founded programs that linked product and business innovation. Two of these programs, Boot Camp and Nike Football+, utilize websites and field events to create football communities in over 25 countries worldwide. Not only do customers get great shoes, they are invited to join an insider club of expertise. With the tag line, “buy world-class boots, access world-class pros,” Boot Camp and Nike Football+ have reached hundreds of thousands of players around the globe.

Dr. Morag earned his doctoral degree from Pennsylvania State University in Exercise and Sports Science. He has received prestigious awards for his scientific work, teaching, and innovation. In addition, he was awarded eight patents since 1998 and he has filed nine additional patents.

Not only an accomplished researcher and intrapreneur, Erez is dynamic and personable, inspiring audiences with his passion for sport and business.

Contact us today to engage Dr Erez Morag to speak at your next conference!