Dr Shirley Yu, Chinese economist, in her recent vlog, shared that China’s September imports & exports figures January to September, have surged compared to 2019, respectively by 13.2% and 9.9%.

The data tells the story of Chinese economy’s post COVID-19 recovery and that of the global economy’s shifting focus.

Noticeably, COVID-19 has deeply disrupted the world economy, China is now exporting to the world the much needed medical devises as well as stay-at-home necessities. Trade restriction has always resulted in procurement frenzy as tech companies such as Huawei stock up semiconductors and integrated circuits in September. The sharp increase in commodity imports show that China’s manufacturing is rapidly recovering. 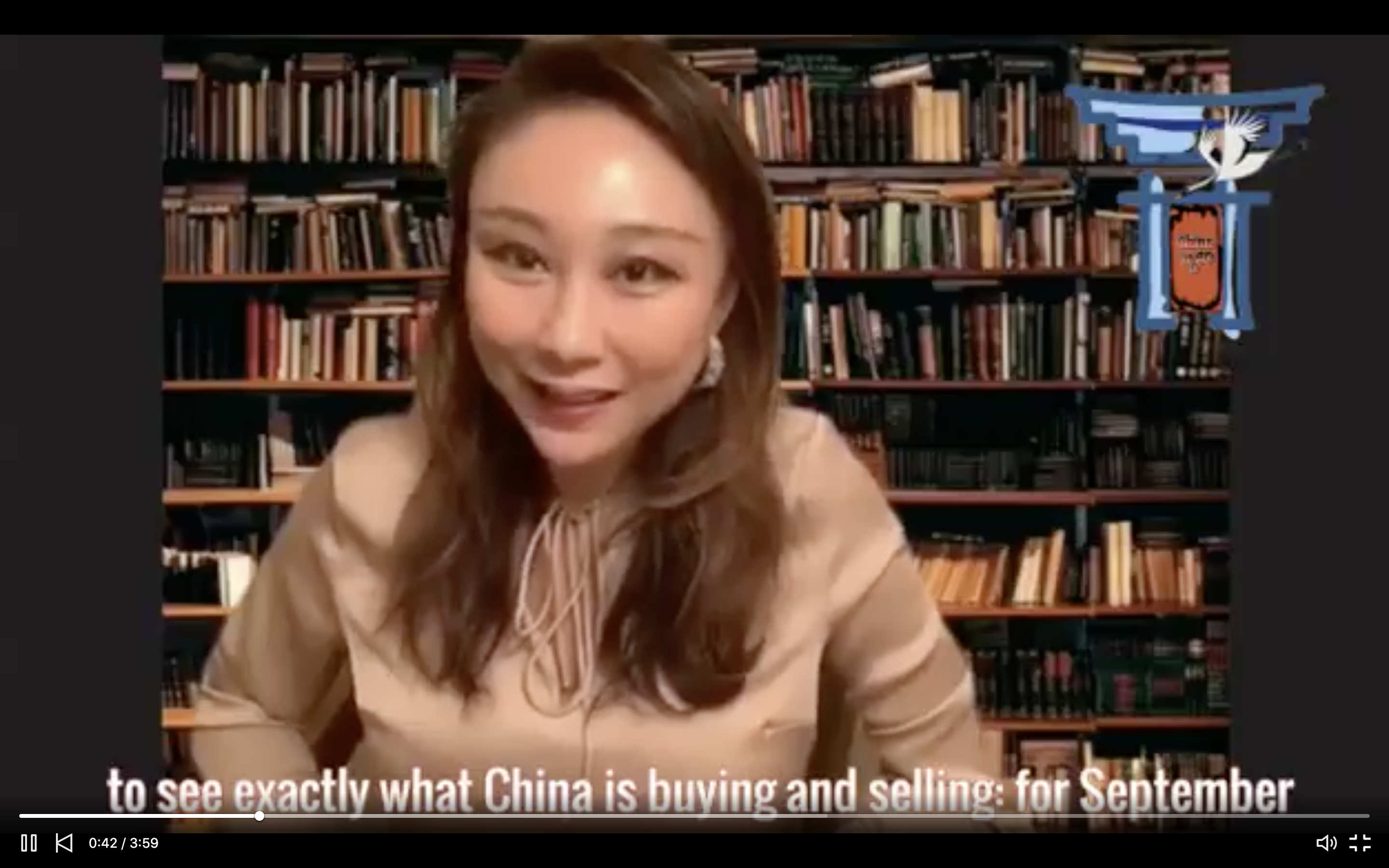