Dr Willy Lam was interviewed by RTHK The Pulse program on the China Party Congress that has just closed last week. 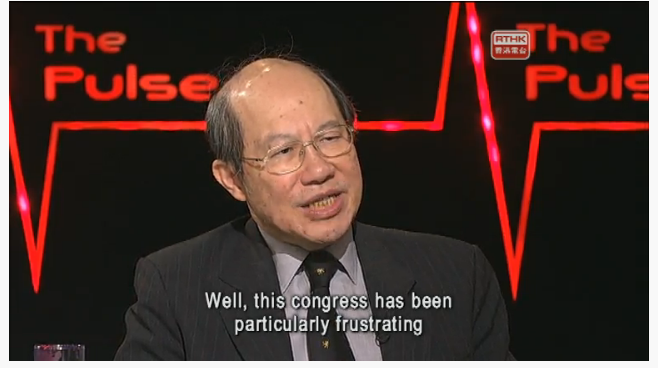 Willy opined that the congress has been frustrating for the more liberating forces are not getting power.  Here is the link to the full interview:  http://programme.rthk.hk/rthk/tv/programme.php?name=tv%2Fthepulse&d=2012-11-16&m=episode

With more than 30 years of experience in writing and researching about China, Willy Wo-Lap LAM is a recognized authority on areas including the Chinese Communist Party, public administration, foreign policy, the People’s Liberation Army, as well as the country’s economic and political reform. Dr Lam has worked in senior editorial positions in international media including Asiaweeknewsmagazine, South China Morning Post, and the Asia-Pacific Headquarters of CNN.