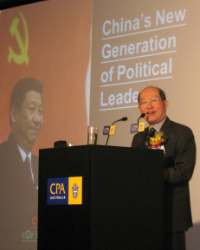 Xi will have a chance to tell the world that he is serious about reform at the Fourth CCP Central Committee Plenum, scheduled for October. The Chinese media has indicated that one major theme of the conclave will be legal and judicial reform. Last month, the Supreme People’s Court released a blueprint for judicial reform during the years 2014–2018. Among other things, the document indicated that more professionally qualified judges will be hired and that efforts would be made to reduce political influence on due process of the law (Chinacourt.org [Beijing], July 10; Xinhua, July 9). Public confidence in legal and related reforms, however, has been dealt a blow owing to the many supposedly promulgated reforms not being carried out. For example, while the much-maligned laogai (“reform through labor”) system was publicly abolished on January 1, police departments recently admitted that more than 100 penal institutions under the Ministry of Public Security are still taking in inmates for “re-education” purposes outside the judicial system (Ming Pao, August 2; Southern Metropolitan News, August 1). Moreover, Xi has on numerous occasions indicated that the CCP will not accept “universal values” such as the rule of law and independence of the judiciary (See China Brief, June 4).

Xi has surprised observers from across the political spectrum with the success of his power grab, and myriad Machiavellian maneuvers to marginalize real and potential political foes. Optimists including Deng Yuwen seem confident that Xi will use his newly-won powers to push through reform. But we have yet to see whether the “great renaissance of the Chinese nation” can be accomplished without more fundamental change to the Chinese system.