Peggy Liu has just released her first book “Mesmerize the Media: Maximize Your Impact With More Press” on Amazon and it has already reached #1 in four separate categories!

Peggy Liu is TIME’s Hero of the Environment and “China’s Green Goddess” and the author of “Mesmerize the Media: Maximize Your Impact With More Press.” She shares practical advice from her personal experience as one of the highest profile environmentalists around the world to help women create their personal brand, get more press time for their cause, and look great doing it.

She is theUS founder of Joint US-China Collaboration on Clean Energy (JUCCCE), Peggy travels the world as a public speaker talking about the greening of China. 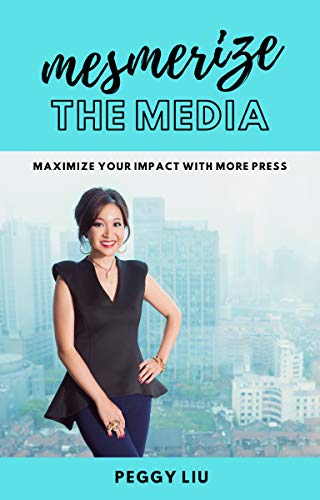 A Media Masterclass for Women

Let’s get real. As a woman, it’s harder to get media visibility. Are you worried that lack of media savviness prevents you from reaching more people with your message and limits your impact? In today’s media-connected world, you need to be a compelling spokesperson and not just an expert. Traditional media training fails to address the unique needs of women.

As TIME’s Hero of the Environment and “China’s Green Goddess,” Peggy Liu is one of the highest profile environmentalists in the world. Now she shares practical, immediately actionable advice to help raise your media profile from her personal experiences. Peggy has helped hundreds of women leaders create their personal brand, get more press time, and look great doing it.

In this provocative and honest Media Masterclass for Women, she walks you step-by-step to:

– Gain confidence on-stage and on-camera.
– Build charisma to connect with and inspire audiences.
– Create a unique personal brand that aligns your public and private personas.
– Make press beg you for interviews as your industry’s go-to guru.
– Create a memorable style with clothing, hair, makeup, posture, voice.
– Shine across different media formats, from TED talks to documentaries to Vogue photoshoots.
– Craft catchy messages that cut through the noise.

If you are a woman who wants more media coverage to increase your influence and impact more lives, this book is for you. Put these tips into practice and get immediate results now. 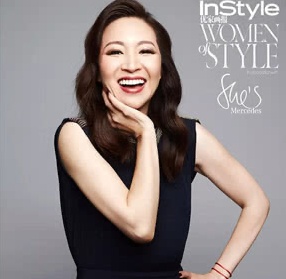