Ian Johnson, Pulitzer Prize winner and China journalist for the Wall Street Journal, spoke at Trader Forum Asia, which was organised by EuroMoney at Four Seasons Hong Kong. Ian talked about the prospects for political reform in China and about the new leadership’s evolving political and economic reform program. 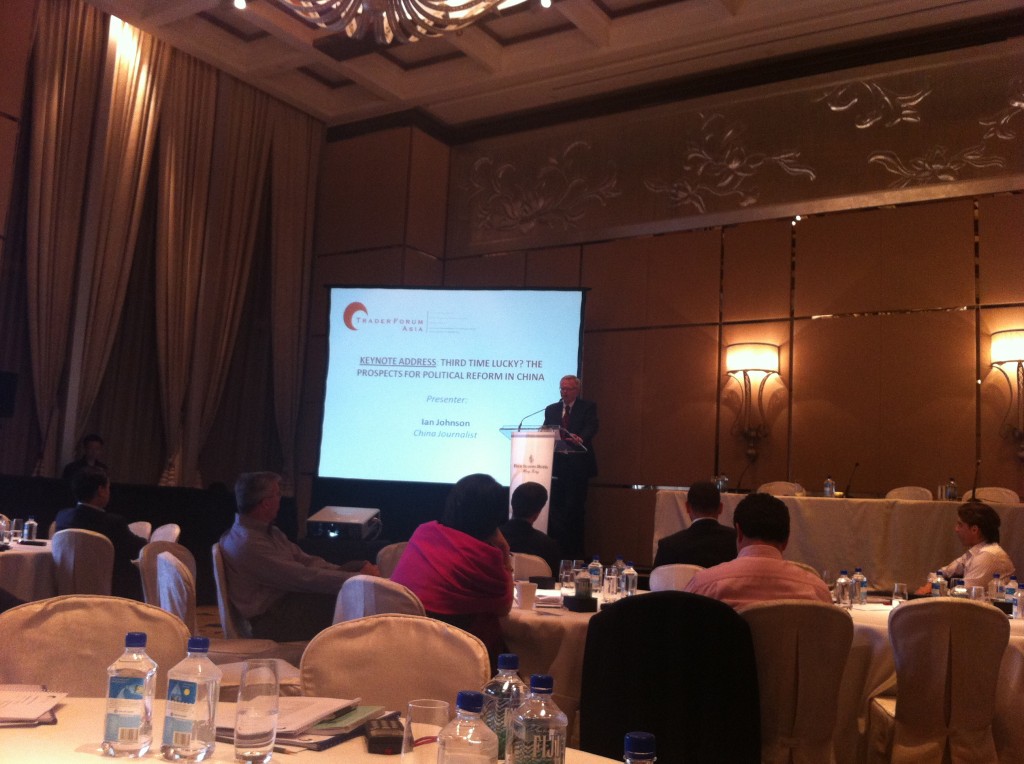 About Ian Johnson
Ian Johnson has been coming to China since 1984 and has spent most of the past 20 years as a Beijing-based correspondent for The New York Times and The Wall Street Journal, where he won the Pulitzer Prize for his China coverage. The author of a book on civil society in China (Wild Grass: Three Stories of Change in Modern China, Vintage, 2005), he is working on another book about the country’s search for values and ethical standards to replace communism.

If you are interested in engaging Ian for a speaking arrangement please contact info@chinaspeakersagency.com for more information.