Jack Perkowski, China Business Expert, used the recent opening of the Tesla Outlet in China as a case study of the Chinese consumer psychology. 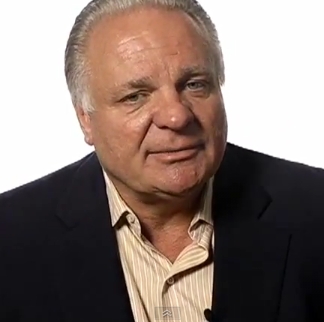 Tesla is a $30 billion story today, with substantial bets being placed by investors both for and against the company. Supporters and detractors alike believe that China’s new found wealth and massive air quality problem must mean that there is a large market for Tesla’s cars, but no one really knows.

Below are a few articles by Jack on the subject:
Will The Chinese Buy A Tesla?
The Reality of Electric Cars in China
Can Tesla Outsell Porsche in China?
What’s It Like To Buy A Tesla In China?

Jack Perkowski is the chairman and chief executive officer of ASIMCO Technologies, one of the most important players in China’s automotive components industry. He founded the company in February 1994, after spending three years investigating opportunities in Asia and China and before others recognized the significant role that China would play in the global economy. With seventeen factories in eight provinces and fifty-two sales offices located in every corner of the country, ASIMCO Technologies is unique because it functions as a foreign-invested company built to specifically to serve the Chinese market. Under Perkowski’s leadership, ASIMCO has gained a reputation for developing local management and integrating a broad-based China operation into the global economy. In 2005, ASIMCO was named one of the “Ten Best Employers in China,” ranking third in a survey conducted by Hewitt Associates and 21st-Century Business Herald.

Jack’s book Managing the Dragon: How I’m Building a Billion Dollar Business in China (Crown Business; March 18, 2008) discusses Jack’s experiences building ASIMCO from the ground up and the lessons he learned in developing the company’s local management team. The book also covers a wide range of topics such as decentralization; China’s different cost perspective and how it creates two markets for any product; intellectual property concerns; and practical advice on how to start a business in the country.

Whether it’s Tesla, a review of the best opportunities in China today, doing business in the country, China’s economy or some other topic, Jack can give your audience the real story on what is happening on the ground in China today.

If you are interested in checking Jack‘s availability on specific dates, please contact us at info@chinaspeakersagency.com or +852 3489 9246.