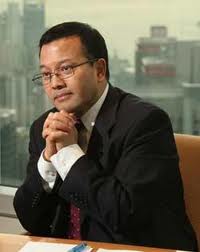 The rapid growth of bank loans after the early 1980s, coupled with lax credit standards, resulted in non-performing loans that accounted for 30-40 per cent of loan books by the late 1990s. To prevent a repeat of that episode, the central bank is now playing tough. It is to be hoped that the rules of the game will change over time.

China needs higher interest rates to cool its property bubble, reduce wasteful investments and minimise the extent to which ordinary savers subsidise business. The government remains reluctant to undertake a full liberalisation of the credit market. But even before it does, market forces are driving interest rates higher.