We are proud to announce you that Juan Pablo Cardenal (JP), author of China’s Silent Army, joined us at China Speakers Agency. 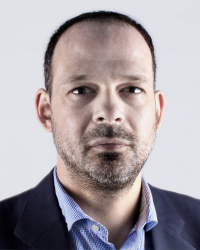 Juan Pablo Cardenal is a Spanish journalist that has been Asia-based since 2003, first as the Shanghai correspondent for Spain’s daily ‘El Mundo’ and later in Singapore and Beijing for Spain’s economic daily ‘El Economista’. He is currently based in Hong Kong.

During these years he has mainly covered China’s economic and social developments and has travelled extensively in the region. Since 2009 he has travelled to 40 countries in both the West and the developing world to look into how is China becoming a global power and the impact of it at local level. The result of such a field research materialized in the book ‘China’s Silent Army’, and in a current book (on China’s approach to the West) that is now in progress.

With his co-writer Heriberto Araújo, he has published related articles in Spain’s leading newspaper ‘El País’, including a blog: http://blogs.elpais.com/conquista-china/.  They’ve jointly published feature stories and opinion articles in the ‘South China Morning Post’ of Hong Kong; ‘The Times’ of London; ‘Aftenposten’ of Norway; ‘Foreign Policy’ of DC; ‘Shukan Bunshun’ of Japan; ‘The Telegraph’ of the UK; and ‘Radio France International’, among others. The ‘New York Times’ is publishing one of their op-eds in early May 2013.

Please contact us at [email protected] if you are interested in engaging JP to speak at your next conference.