We are thrilled to have Lewis Pugh back in Asia in August. Do seize the opportunity to engage him to inspire your team with his adventure stories! 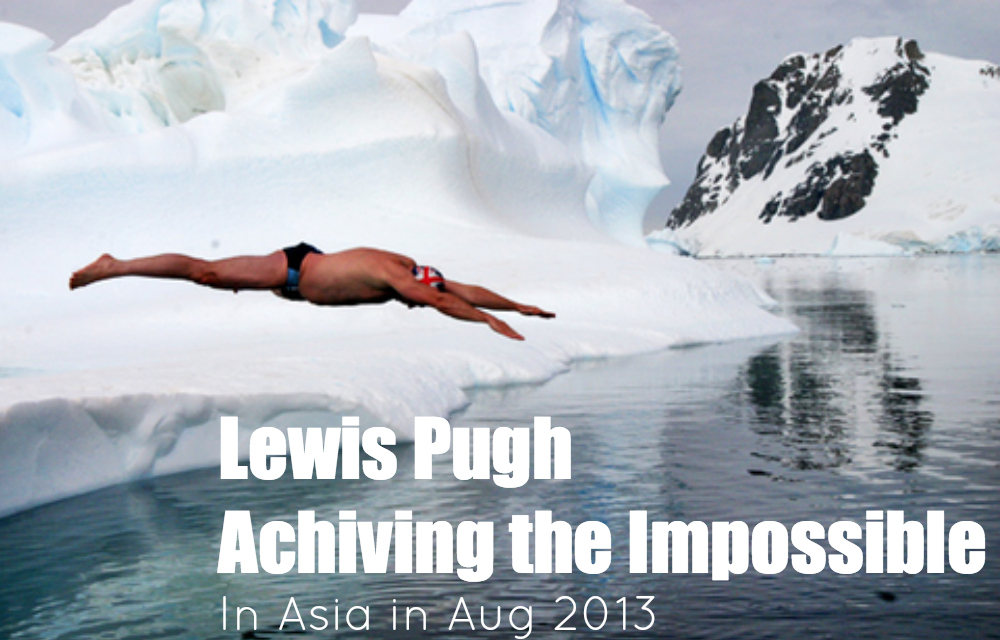 British explorer and endurance swimmer, Lewis Gordon Pugh, otherwise known as the Human Polar Bear, is the first man to swim at the North Pole. He undertook the North Pole challenge to demonstrate the devastating impacts of climate change on our planet.

Lewis Pugh talks at TED about his record-breaking swim across the North Pole:

Lewis Pugh knows oceans. He was the first to complete a long distance swim in every ocean of the world, and has pioneered more swims around famous landmarks than any other person in history. He swam across the icy waters of the North Pole to highlight the melting of the Arctic Sea ice, and across a glacial lake on Mount Everest to draw attention to the impact of climate change on the Himalayan glaciers. It was there that he met his first yak.

Trekking behind them up the icy slopes, watching them cross skeletal bridges over dizzying ravines, and listening to them breathe outside his tent each night, Lewis got to think about the things he most admires in a yak. And found that those qualities were not unlike the ones that enabled him to meet his own challenges – and achieve things that people believed to be impossible.

Contact us today to engage Lewis to inspire your team.