Lijia Zhang has a new book out called “Lotus”, inspired by the secret life of the her grandmother. Lotus follows a young woman torn between past traditions and modern desires―as she carves out a life for herself in China’s “City of Sins”.

“Standing outside the Moonflower Massage Parlor with three other girls, Lotus flashed her red smile at every passing man. She leaned against the glass front of the parlor, one leg bent like a crane’s. Luring in the clients with sweet and oily words consumed a surprising amount of energy”

Reserved, at times defiant, Lotus is different from the other streetwalkers. Her striking eyes glow under Shenzhen’s neon lights, capturing the attention of Funny Eye, Family Treasure, and a slew of other demanding clients determined to make Lotus their property. Choosing between wealthy, powerful, and dangerous men is no easy feat, but it is a surprising offer from Binbing, a soft-spoken and humble photojournalist, that presents the biggest challenge. Is Lotus willing to fall in love? Is she capable of it?

Lijia‘s  latest  Inspired by the deathbed revelation that the author’s grandmother had been sold to a brothel in her youth,Lotus offers compelling insight into China’s bustling underground world and reveals the surprising strength found in those confronted with impossible choices. Written with compassion and vivid prose, and packed with characters you won’t soon forget, Lijia Zhang’s Lotus examines what it means to be an individual in a society that praises restraint in and obedience from its women. 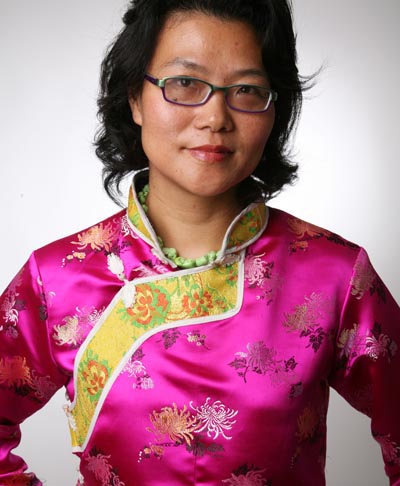