Nick Leeson, the infamous rogue trader, shares his insights on financial scandals in a recent media interview for SCMP. 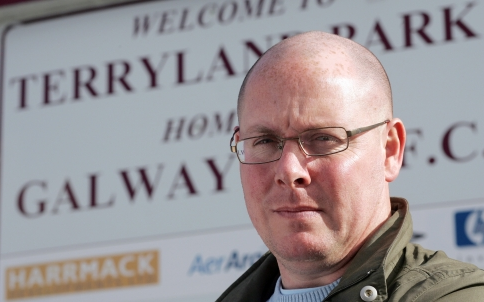 Twenty years after he brought down one of the world’s oldest banks, Rogue Trader Nick Leeson believes the ills of the financial sector are simply “not fixable”.

Leeson was the junior derivatives trader who gambled and lost HK$9.93 billion causing the 1995 collapse of Barings Bank and earning him a lengthy jail term.

Speaking to the South China Morning Post, the man who came to be the embodiment of the flawed financial wheeler-dealer claimed little of the “culture” that has brought shame on the financial sector in recent years has changed.

And despite numerous breaches of regulations and the global crash of 2007 Leeson is convinced many more scandals lie ahead.

But, unlike the UK and USA, he believes both Hong Kong and Singapore are better placed than other markets to avoid such wrongdoing. Traders in the two Asia’s banking hubs are less likely to bend the rules as they under they will face the full force of law, Leeson said.

“The reality is if they can get away with it then some people will still do whatever they think will make them money,” he said. “While people go unpunished it will happen again and again.”

The reality is if they can get away with it then some people will still do whatever they think will make them moneyNICK LEESON
“The problem in the UK and Ireland no one seems to know what the rules really are. That isn’t the case in Singapore and Hong Kong because there the repercussions are more severe.

“If you know there are adequate deterrents, are you going to break the rules? I very much doubt it!”

In the early 1980s, Nick Leeson landed a job as a clerk with royal bank Coutts, followed by a string of jobs with other banks, ending up with Barings, where he quickly made an impression and was promoted to the trading floor.

Before long, he was appointed manager of a new operation in futures markets on the Singapore Monetary Exchange (SIMEX) and was soon making millions for Barings by betting on the future direction of the Nikkei Index. His bosses back in London, who viewed with glee his large profits, trusted the whizzkid. Leeson and his wife Lisa seemed to have everything: a salary of £50,000 with bonuses of up to £150,000, weekends in exotic places, a smart apartment and frequent parties and to top it all they even seemed to be very much in love.

Barings believed that it wasn’t exposed to any losses because Leeson claimed that he was executing purchase orders on behalf of a client. What the company did not realise is that it was responsible for error account 88888 where Leeson hid his losses. This account had been set up to cover up a mistake made by an inexperienced team member, which led to a loss of £20,000. Leeson now used this account to cover his own mounting losses.

As the losses grew, Leeson requested extra funds to continue trading, hoping to extricate himself from the mess by more deals. Over three months he bought more than 20,000 futures contracts worth about $180,000 each in a vain attempt to move the market. Some three quarters of the $1.3 billion he lost Barrings resulted from these trades. When Barings executives discovered what had happened, they informed the Bank of England that Barings was effectively bust. In his wake Nick Leeson had wiped out the 233 year old Baring investment Bank, who proudly counted HM The Queen as a client. The $1.3 billion dollars of liabilities he had run up was more than the entire capital and reserves of the bank.

Eventually arrested in Frankfurt, Germany, Nick spent a few fraught months trying to escape extradition to Singapore. He failed and in December 1995 a court in Singapore sentenced him to six and a half years in prison. Lisa his wife got a job as an airhostess to be able to visit him regularly. At first, their marriage survived the strain of being apart, but she eventually divorced him. Within months, Leeson was diagnosed as suffering from cancer of the colon. His weight plummeted and most of his hair fell out from chemotherapy.

Nick Leeson will be in Hong Kong in May. Seize the chance to engage him to speak at your event while he is on his Asian trip! Contact us!