Peggy Liu, China’s green pioneer, thinks that China is a model for going green and she explains why in her recent article: 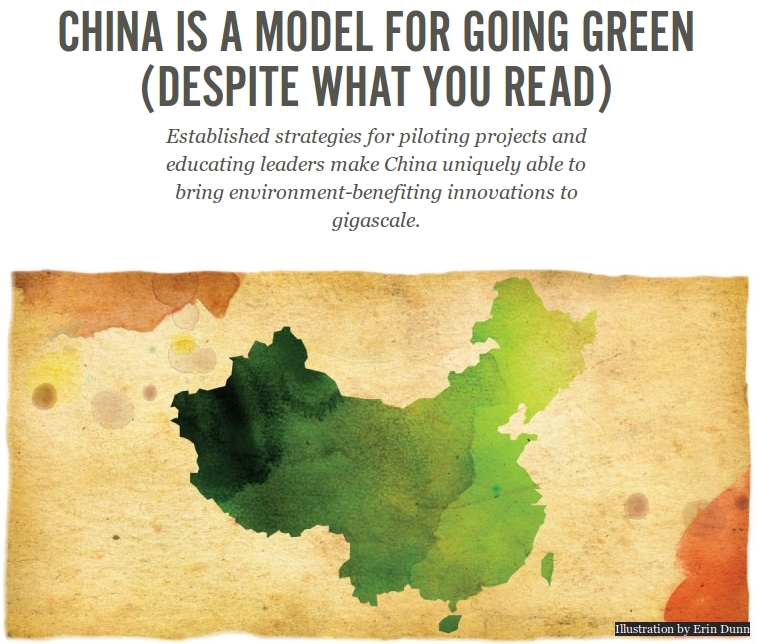 On June 1, 2008, China banned free plastic bags in grocery stores across the country. The policy has led to at least 67 billion fewer bags in its first five years.

In traveling the world to speak about China’s sustainability landscape, I have yet to encounter a country with a training program for government leaders that rivals China’s.

While the leaders of other countries are still debating whether to act on climate change, China is focused on getting its leaders to deal with retrofits, rejuvenation and adaptation.