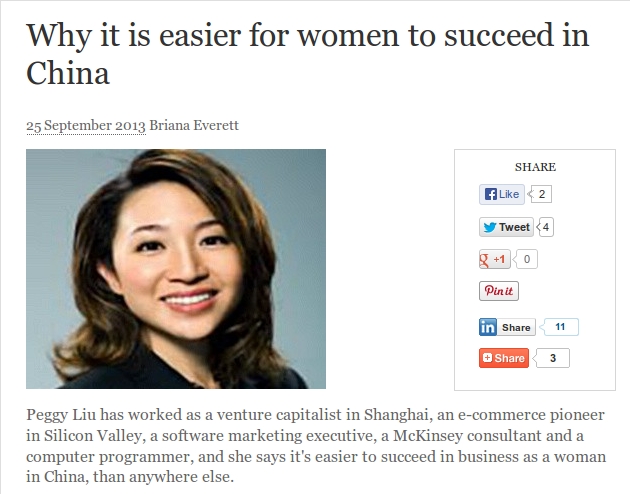 “Chinese women, generally speaking, and depending on what tribe you’re in, are very strong. It’s a very entrepreneurial society here. Women here have to be entrepreneurs. They’re forced into it. In China, ageism is a bigger issue.”

“Even though I came from a very traditional Chinese family, I never felt that I was bound by gender issues,” she explains. Her father mentored and trained her with the aim of becoming a chief executive one day – a goal she accomplished at the age of just 27.”Gender just isn’t such an issue in the Chinese business world,” Liu says.