Peggy Liu 刘佩琪, Chairperson and founder of JUCCEE, joint US-China Collaboration on Clean Energy, organises the Annual Meeting of the New Champions in Dalian, China, which will be held from the 11th to the 13th of September 2013. The theme is Meeting the Innovation Imperative. 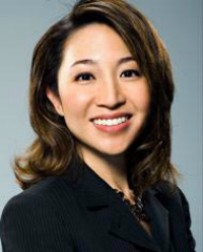 The Annual Meeting of the New Champions is the foremost global business gathering in Asia. Also known as the “Summer Davos”, the Meeting creates a unique opportunity for exchange between leaders from top-ranked multinationals and chief executive officers of dynamic and fast-growing companies, including key decision-makers from government, media, academia and civil society.

It will bring together more than 1,500 participants from 90 countries to share strategies and solutions and discuss global issues and risks. The New Champion communities – including Global Growth Companies, Young Global Leaders, Young Scientists, Technology Pioneers, Social Entrepreneurs and the World Economic Forum’s youngest community, the Global Shapers – will once again engage with Forum Members and Partners during the seventh Annual Meeting of the New Champions, to be held from 11-13 September in Dalian, People’s Republic of China.

Peggy Liu is internationally recognized for her expertise on China‘s sustainability landscape and for fostering international collaboration with China. JUCCCE is a non-profit organization dedicated to accelerating the greening of China, because a green China is the key to a healthy world. JUCCCE is a leader in creating systemic change in sustainable cities, sustainable consumerism and smart grid, and most noted for its multi-sector convening power. Peggy has a passion for making the world a better place.

Peggy was honored as a Time Magazine Hero of the Environment in 2008, an energy adviser to the Clinton Global Initiative in 2008, a World Economic Forum Young Global Leader in 2009, the Hillary Laureate of 2010 for climate change leadership, a Forbes “Women to Watch in Asia” in 2010, a Huffington Post “Greatest Person of the Day” in 2011, and a member of the World Economic Forum’s Global Agenda Council on New Energy Architecture 2011.

Contact us today if you would like to engage Peggy to speak at your next event about China, green technology, or leadership.