Rob Lilwall, Asia’s leading adventure speaker, was interviewed by BBC for his “Walking Home from Mongolia” expedition. Rob tells about his 5,000 kilometre journey on foot from the Gobi Desert in Mongolia to Hong Kong.

You can listen to the interview here… 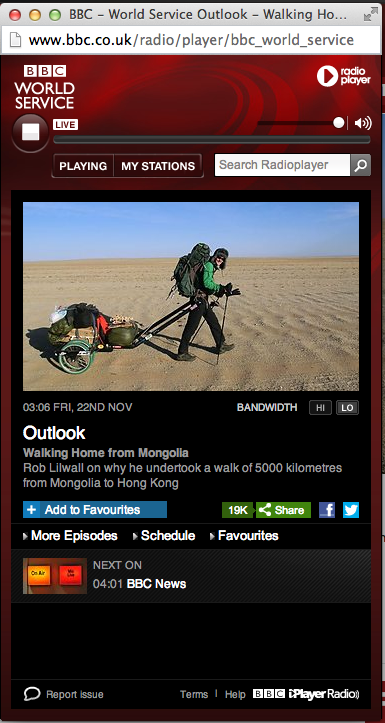