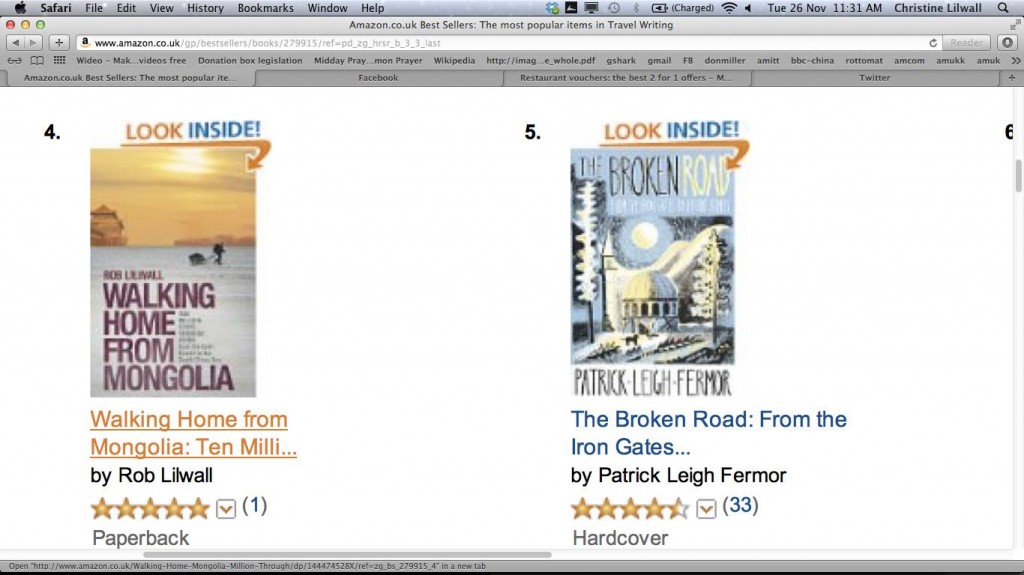 And here is The Metro’s review:

[…] an engrossing window into the nascent colossus that is China.

Lilwall and his cameraman journey through the country’s hidden crevices, from devastated coal country and fume-choked mountain tunnels to mushrooming super cities. The Chinese people they encounter are friendly, characterful folk – where much that’s written about the country is concerned with the big picture, this worm’s-eye view is fascinating.