Robyn Meredith spoke at TED Global Conference in 2012 on China’s dream for its own future. Helen Walters wrote a blog post about Robyn and Robyn’s TED talk; excerpts can be found below. 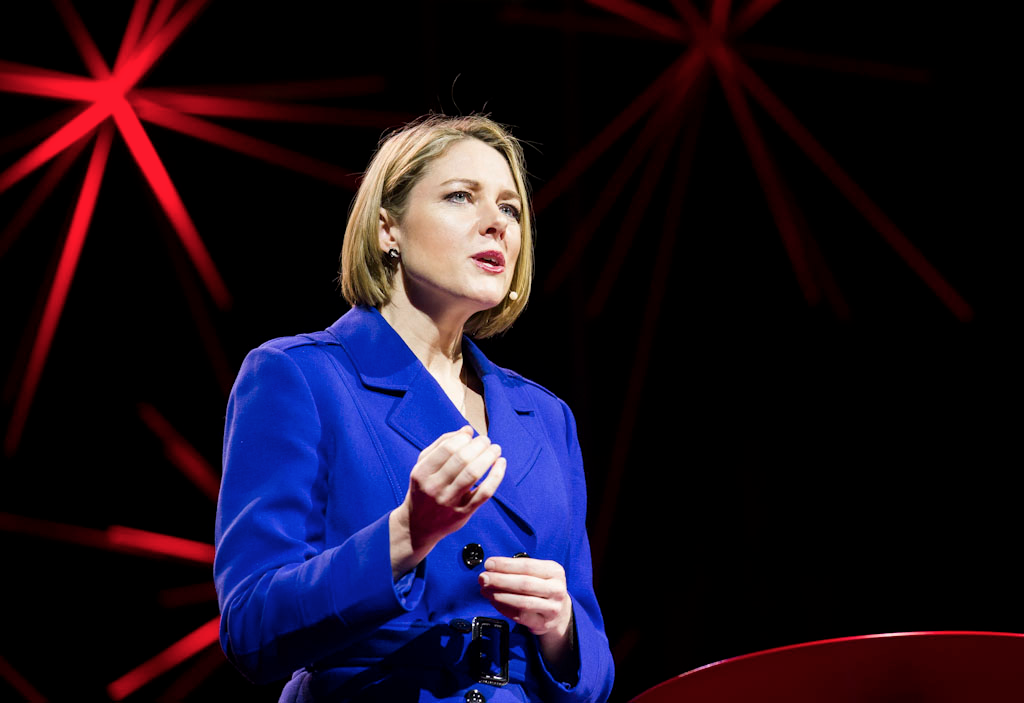 Robyn […] is the author of The Elephant and the Dragon: The Rise of India and China and What it Means for All of Us. She’s written about China for years, and she starts her talk with a lyrical image of the western dream of China’s promise. “Ever since Marco Polo returned from Europe with tales of exotic China — its vast population and its huge wealth — foreigners have had a dream about China,” she says. And it’s a dream that persists, even as China itself evolves. She describes three phases of the country’s development over the past 35 years.

Because, you see, whereas 35 years ago, 80% of China’s population — 1 billion human beings — were earning $16 a year. Today, their children have $5,000 a year to spend. China has lifted more people out of poverty more quickly than has ever been done in human history. And now the leaders want to get their own people to earn more and spend more. “If every Chinese yuppie were to buy an iPhone, that would be $120 billion worth of iPhones!” she marvels.

But that can’t come at any cost. And despite what we might suspect, the Chinese government are responding to the people’s demands; they’re hearing the criticism of people unhappy with the policies of the past. So it’s changing direction in this third phase of development: cities have raised minimum wages by double digits since 2008. Policy now favors innovation, so there are subsidies to encourage new thinking in electric cars, biomedical research, green energy. Chinese leaders want to go beyond factory work to white-collar work.

“And why not?” she asks. “The children of China’s peasants learned how to make computers and cars when they were working for foreign companies, they staffed R&D centers, they can build their own airplanes,” she says. “Beijing wants people to invent things again, just as in the past Chinese people invented gunpowder and the compass.”

Its a smart plan–one designed to ensure that China’s people keep the Communist Party in power. The likely winners of this policy are Chinese companies, which know what to sell to cost-conscious Chinese buyers and which will benefit from both government subsidies and the enormous economies of scale inside the country. What the West wants is no longer in parallel with the desires of the Communist party. So where does that leave the foreigner’s dream? In a powerful moment, she points out that this dream only came true once, with one product: Opium. (It’s arguable that those selling foreign luxury goods in China have had some success. “Of course, that makes Louis Vuitton the opiate of the Chinese upper classes,” she says with a laugh.)

To close, she shifts to discuss two important trends of manufacturing and the military.

Assembly lines don’t exist any more. Something as simple as a button-up shirt will likely have passed through multiple garment factories and traveled to several countries before you ever get to wear it. Imagine the production process of the iPod: The chip that powers the iPod was invented by an Indian company; the screens come from Japan; the flash memory drives are from Korea. All those components are shipped to a huge factory complex in mainland China to factories owned not by Apple but by the Taiwanese subcontractors that make the products that Apple sells. Chinese workers snap together these parts and ship out the finished products worldwide. The real impact of this is that most companies no longer make what they sell (Apple), or no longer sell what they make (component makers). And this in turn is important because it means that countries such as Japan, Australia and almost every other Asian nation have become economically dependent on China and not on their strongest military ally, the United States. Asian nations now look on China as the new economic big brother.

Here’s the rub: China has begun using that economic power to bully its neighbors. Earlier this year, the Philippines objected to Chinese fishing in disputed waters. China’s reaction was blunt: its travel agents banned tour groups to the Philippines, a nation that depends on tourism. Not only that, it lengthened inspection times for perishable fruit exported from the Philippines to China, so that mangoes and pineapples rotted on the docks. Meanwhile, in 2010, Japan arrested the captain of a Chinese fishing boat in disputed waters. China’s response was equally unsubtle: It banned exports of rare-earth minerals that Japanese companies depend on to make their most sophisticated goods. “For now, Beijing is using economic pressure to get what it wants in Asia. But it’s also developing its military power,” she adds, and goes on to give details.

“China is building the first blue-water navy it’s had in 500 years,” she says. Its neighbors–and the United States–are worried. That’s why Hilary Clinton was recently photographed standing on a warship in Manila, there to pledge America’s support for the Philippines. That’s why the U.S stationed Marines in Australia for the first time in April. And that’s why in January the Pentagon announced it will deploy 60% of U.S. warships in Asia-Pacific instead of half, as now.

Only one thing is certain, Meredith concludes at the end of this quiet but powerful talk. “Globalization has had the strangest effect,” she says, to a lone wry chuckle from someone in the audience. “But we should be clear, as China moves into its next stage of development, it is choosing its own path, choosing what makes sense for its 1.3 billion citizens. And why wouldn’t it?” she asks. “We all need to pay attention to China’s dream for its own future. Because that’s the dream most likely to come true.”

Robyn Meredith is the author of “The Elephant and the Dragon: The Rise of India and China and What it Means for the Rest of Us”, published by W.W. Norton in 2007 and Senior Editor, Asia for Forbes Magazine, based in Hong Kong. She has written cover stories on General Motors, Microsoft, Toyota, Li & Fung, and Infosys.

Robyn Meredith joined Forbes as its Detroit Bureau Manager in April, 2000 to write about the auto industry. One of her Forbes articles was included in the 2002 Edition of the book “The Best Business Stories of the Year.

If you are interested in engaging Robyn for a speaking arrangement please contact [email protected] for more information.