Prof Sattar Bawany shares his insights on the leadership lessons of Lee Kuan Yew of Singapore (1923 -2015). 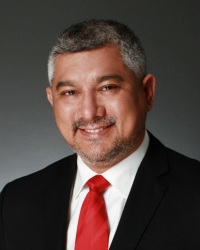 “The task of the leaders must be to provide or create for them a strong framework within which they can learn, work hard, be productive and be rewarded accordingly. And this is not easy to achieve.”

Business has been the most significant driving force of the modern world, offering choices, creating wealth, raising living standards and improving lives. At the heart of this increasingly global revolution are the business and political leaders – the men and women whose drive, vision and tenacity have created the great success stories of modern business.

Great Leaders, by definition, have a vision that is not shared by everyone. There are difficulties and adversaries to overcome; they face many obstacles, including self-doubt, but preserve in the hope of achieving their goal. Their leadership journey reads like the plot of a novel. One of such great leaders is Lee Kuan Yew, Singapore founding Prime Minister, who died on 23 March 2015.

Lee Kuan Yew was a great visionary who has left behind a legacy of a modern and prosperous Singapore that is the envy of many nations. He was regarded as one of the most prominent elder statesmen and influential leaders not only in Asia but globally. Lee was the first and longest serving Prime Minister of Singapore; and it was his leadership that brought Third World Singapore into a thriving metropolitan city in a stunning 3 decades. He had the strategic insights and leadership skills to move the country forward. Because of him and his team of pioneer generational leaders, Singapore has undoubtedly been a better and more progressive society than it would have been without them.

What are some of Lee Kuan Yew’s key leadership qualities or practices that we all can learn or emulate? There are certainly many viewpoints but for this article, we would like to focus on 3 leadership practices.

Lee as an authentic leader genuinely desires to serve others through his leadership. Lee will always be remembered and respected as a great leader, whose leadership combined extraordinary vision, which united Singapore as young nation, with pragmatic and flawless execution, which brought the city state from Third World to First.

His passion and commitment has been for the continued growth of Singapore – to be a place where future generations will live, work and thrive. He achieved that with humility and authenticity, and with courage and confidence in Singapore as a nation, to achieve great things. As leaders, we should be inspired by his insatiable appetite for continuous learning, striving to be better tomorrow than we are today.

Lee had gone through his toughest period when Malaysia chose to separate itself from Singapore. When Lee shed tears on public television marked one of the most historic moments in Singapore history. However, he never gave up, strengthened his resolve and continued to believe that he could develop Singapore into what he envisioned it to be.

A leader must have this resolve to just press on no matter how difficult the circumstances. In fact, it is this quality that separates the good from the excellent. Everyone can lead well when circumstances are favourable, but it is the times of adversity that distinguishes you as an excellent leader. Moreover, when you choose to press on, you will develop a tenacity and persistence that will carry you through your leadership journey.

The heart of Lee’s leadership legacy is Succession Planning, which he established as the key tenet of governance to ensure that good people will be in charge. Lee planned for the people that will take over him years before he actually stepped down as Prime Minister. He saw the importance of developing the next generation of leaders to lead the nation. The saying goes; there is no success without a successor. To be successful as a leader, your organization must transcend you and you must be humble enough to acknowledge that. If you are indispensable to your organization, then your organization will not last after you’re gone. You need to strive to build an organization centred on a mission or purpose rather than an organization that is centred on you.

While credit must be given to Lee for the unprecedented social and economic progress that Singapore made during that period, the same credit should also be shared by the old guard and his outstanding team of co-leaders, including luminaries like E.W. Barker, Hon Sui Sen, S. Rajaratnam, Toh Chin Chye and Goh Keng Swee, to name but a few. Lee once described his own generation of leaders as exceptional “dinosaurs, an extinct breed of men who went into politics because of the passion of their convictions.”

One of the most enduring legacies was Lee’s ability to select and work with a team of equally dedicated men all of whom shared one common characteristic: they loved Singapore and would put the nation interest above theirs. That more than anything drove the team to put aside differences for a common good. Lee and his team were obsessed with building a nation but they were never possessed by it. They never became personal or arrogant. Their obsession pushed them forward but they were not possessed by their egos.

These leaders were not lackeys. Unlike the public perception of him, many of his closest colleagues have testified that Lee knew the value of diverse views within his cabinet. He expected robust exchanges. He debated with them rigorously over policies and ideas. He selected intellectual equals as well as people with special expertise, whom he could tap on.

Conclusion
Like parenthood, leadership will never be an exact science. But neither should it be a complete mystery to those who practice it. Leadership is all about the ability to have impact and influence on your followers so as to engage them towards achieving results of your organisation.

Examining the leadership practices of successful leaders such as Lee Kuan Yew, all of us can get a clearer picture of what it takes to lead effectively. The business environment is continually changing, and a leader must respond in kind.

Professor Sattar Bawany is the Chief Executive Officer of the Centre for Executive Education (CEE), as well as Strategic Advisor & Member of the International Professional Managers Association (IPMA) Board of Trustees and Governing Council.

He has more than 30 years’ international business management experience, including executive coaching, group facilitation and leadership development. In addition, Professor Bawany has more than 15 years of academic experience teaching senior executives international business strategies. He is currently Adjunct Professor of Strategy at the Paris Graduate School of Management (PGSM) and Curtin Graduate School of Business (CGSB).

Please contact us at info@chinaspeakersagency.com if you are interested in engaging Sattar Bawany to speak at your next event.