Dr Willy Lam spoke recently at an institutional investor conference on Chinese Politics in the Era of Xi Jinping. The presentation was followed up by insightful questions from the audience on the impact of Xi’s policies on China’s economy.

Dr. Lam discussed President Xi Jinping’s ideology, world-view and statecraft. He focused on the economic and foreign-policy implications of the Fifth-Generation leader’s nationalistic approach to fulfilling the “Chinese dream” of attaining a strong economy and a powerful military by 2050. He also analysed major initiatives such as Xi’s anti-corruption campaign, his blueprint for economic reform, and Beijing’s ambitious “One Belt, One Road” infrastructure-based diplomacy. 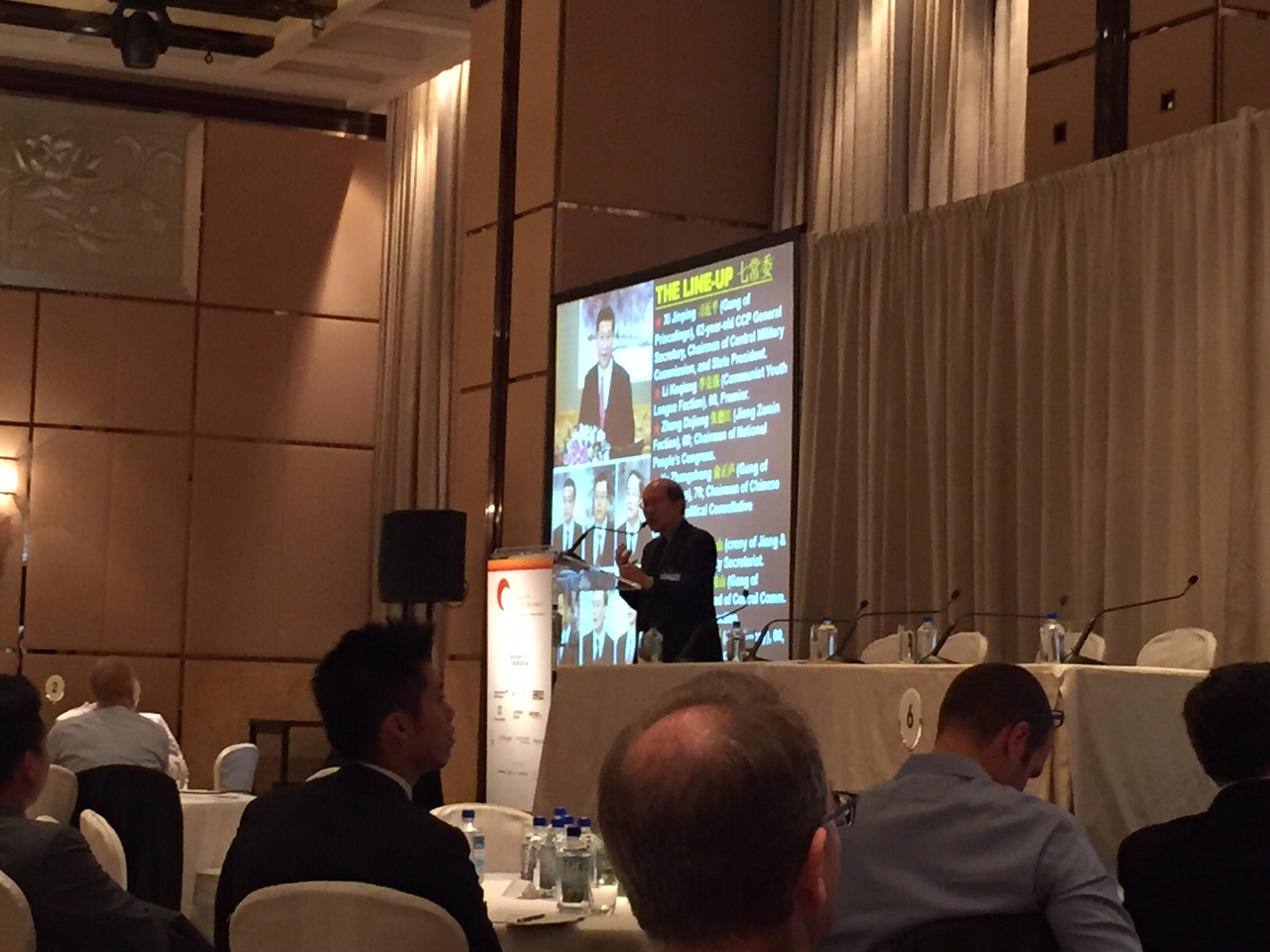