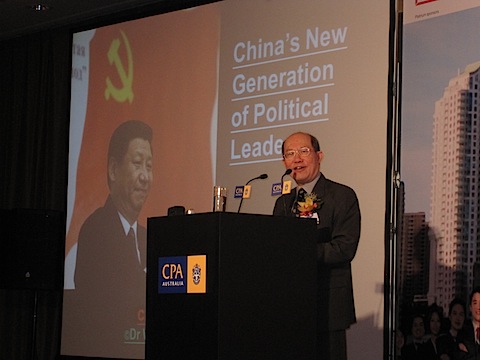 It’s hard to narrow down Willy Lam’s interests and expertise to a single topic and that’s what makes his speeches so engaging, exciting and informative. Willy has spent over 30 years studying and writing about many elements of Chinese culture and business. He has written authoritatively on topics ranging from the Communist Party to the nation’s public administration, the People’s Liberation Party to foreign policy, and both China’s economic and political reformations and he has authored six books on China.

Willy currently teaches as a professor of China Studies at the Akita International University in Japan and acts as an adjunct professor at Chinese University of Hong Kong, in addition to holding a senior fellowship at the Jamestown Foundation foreign policy think-tank in Washington DC.

Don’t worry that Willy’s academic background means he gives a dry and boring speech- anything but! Willy is a regular fixture on CNN, BBC, Al Jazeera, Voice of America and countless other media venues. Recently he delivered a powerful keynote speech at the wildly successful CPA Australia Congress in Hong Kong detailing China’s new leadership set to assume power in October of 2012.

Willy’s diverse interests and engaging style of communicating make him one of the world’s most sought after speakers on topics including Chinese leadership, China’s foreign policy and China’s economic, technological and media innovations.

If you feel interested in commissioning Willy’s speaking services all you need to do is send an email over to [email protected] and his agency will get back in touch with you.