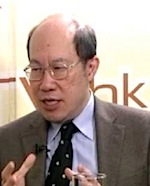 Li Keqiang, China’s executive vice premier, begins a three-day visit to Hong Kong on Tuesday. Ostensibly, Mr. Li’s tour is little more than a public-relations exercise. He will give a keynote speech on China-Hong Kong cooperation during the 12th Five-Year Plan, and will officiate at the opening ceremony of the Hong Kong government’s new headquarters.

On the surface, ties between Beijing and Hong Kong are friendly due to the perception that Beijing has propped up the local economy, such as by allowing more big-spending mainland tourists to come to the shoppers’ paradise.

Beijing doesn’t have any business poking into Hong Kong’s internal matters. The Basic Law, Hong Kong’s mini-constitution, ensures the SAR full autonomy except in matters of defense and diplomacy.

That Mr. Li, and not another Politburo member, is making the trip is significant in itself. Until former President Jiang Zemin fell seriously ill in the spring, there had been intense speculation that Mr. Jiang, who has close ties to the so-called Gang of Princelings, was pushing for Vice Premier Wang Qishan to succeed Mr. Wen. According to this scenario, Mr. Li would only get the consolation prize of chairing the National People’s Congress.

Mr. Li’s performance has been lackluster since assuming his current post in March 2008. Housing is part of his official portfolio as vice premier, yet although state fiats have slowed the upward spiral in real-estate prices, urban apartments are still unaffordable for most Chinese. Mr. Li has also been unable to stop developers, including many state-owned enterprises, from the unethical if not illegal practice of hoarding choice plots. As director of the National Food Safety Commission, Mr. Li has seemed unable to put a stop to the country’s never-ending food-safety scandals.

While studying law at Peking University, Mr. Li impressed his professors and classmates with his grasp of Western political ideals. A few of his translations of British textbooks are still in use at Chinese law schools. Speeches he gave as a student leader evinced an enthusiasm for political reform. And even though he has focused on economic issues through most of his political career, observers believe that his concern for political modernization has hardly wavered.

The remarks of Mr. Xi, 58, who is set to succeed Mr Hu as Party general secretary and president, drew a sharp rebuke from the Hong Kong Bar Association. “The Judiciary in Hong Kong has always been, and under the Basic Law, shall remain separate and independent from the Executive and the Legislature,” local barristers said in a statement.

Mr. Li’s true political inclinations, of course, will only be truly known when he comes to power late next year. Just as Hong Kong’s open economic system is supposed to serve as a model for China’s development, democracy in the SAR could presage positive political changes in the mainland. But political reform in neither place has proven easy, and Mr. Li’s ability to make a difference will also depend on who else makes his way to the top of Beijing’s heap by next year.