Winston Ma, in his recent CNBC interview, shared his insights that Beijing wants to emphasize the e-yuan is the only ‘legitimate’ digital currency in China.

Click the image below to read the article and watch the CNBC interview: 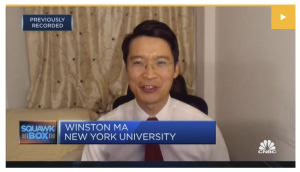