Most thrilled to meet with LIJia again in Hong Kong earlier this month! She is one of the bravest and most lively women I know – you will know what I mean if you have read her best-selling memoir Socialism is Great, seen her speak or being her friend.

A truly admirable human being with a loving heart and a tough mind, her story of self-educating herself from a factory worker in Mainland China to a journalist for prestigious international media is great inspiration for many. 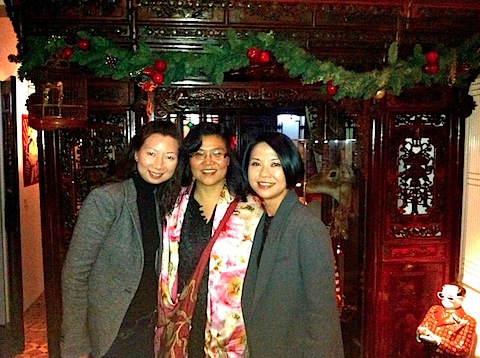 A short description by LiJia herself:

I am a rocket factory girl turned writer, journalist and social commentator. I was born in 1964 and raised on the banks of the Yangtze River. At 16, I was pulled out of school to work at a factory that produced inter-continental missiles. As an escape route, I taught myself English. After I went to England in 1990 I dared to pursue my childhood dream by studying journalism. Back in China a few years later, I started my career as an assistant to foreign journalists before becoming a journalist of my own right. My features, often very human stories about the plight of China’s “little people”, have been published in South China Morning Post, Far Eastern Economic Review, Japan Times, The Independent, The Observer, Newsweek and The New York Times. My widely acclaimed English-language memoir, “Socialism is Great!” chronicled my decade-long experience at the rocket factory. My journey from a worker to a prominent social commentator reflects the great transformation undergone by China itself. I have been featured on the BBC, Channel 4, ABC (Australian) CNN, CBS and National Public Radio, among others.