Andy Xie, Chinese economist, stated that iron prices will continue to fall into the $30s a ton this year. 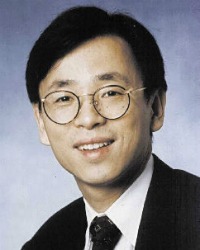 Steel demand in China is shrinking while iron ore supplies are still rising, Xie, a former Asia-Pacific chief economist at Morgan Stanley, said in an interview from Hong Kong on Wednesday after benchmark prices plunged a record 10 percent. Iron ore rebounded 9.9 percent on Thursday. The slump in China’s stock markets, which showed a speculative bubble was bursting, had accelerated declines, according to Xie.

“Just look at Australia, new projects are coming up, look at all the stuff out there,” Xie said by phone. “For BHP, Rio and Vale, they will not cut production because it doesn’t make sense. Why’d you want to cut production and let the high-cost producers come online?”

“In the long run, we need only big, low-cost producers,” Xie said. “All these marginal producers that came up because of high prices, they need to vanish.”