Andy Xie, renowned Chinese economist, shared his insights on how the rising property prices are adversely affecting the fertility rates in East Asia, and what is the subsequent impact economically. 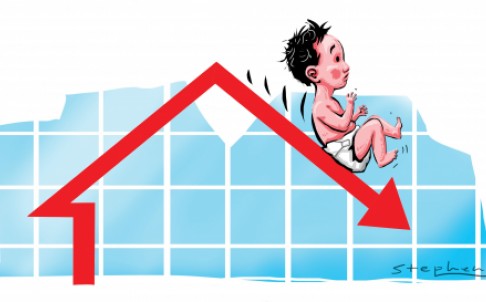 In any country, a demographic implosion is a financial catastrophe. Japan’s skyrocketing national indebtedness, for example, is driven by rising social security expenditure. At the same time, tax revenue has remained stagnant due to fewer and fewer taxpayers.

Japan’s situation could be worse if not for outsourcing to China to ease pressure on its labour force. Hong Kong and Singapore have avoided Japan’s fate with immigrants from mainland China. When China’s population begins to decline, East Asia could become a vast financial catastrophe.

East Asian countries need to face up to their demographic crisis now. Marginal incentives like cash for the second or third child won’t do. They must ask why their fertility rates are so much lower than in the richer Western countries.