Andy Xie shared his insights for SCMP. He says that to revive growth China must step up market reforms to tap its inherent competitiveness, while shutting out calls from vested interests for more monetary stimulus. 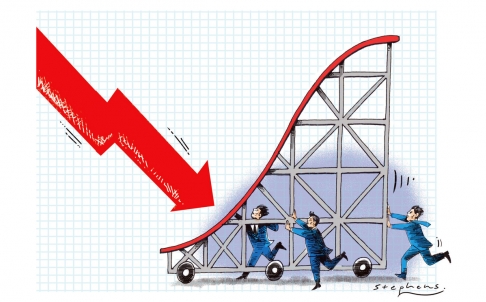 China’s economy continues on a downward trend. The main reason is the lack of significant reforms to implement the decision of the party Central Committee’s third plenum. Sentiment, both at home and abroad, is at the lowest point in a quarter of a century. If reforms remain just talk, not action, the downward spiral could trigger a financial crisis.
…

International experiences of coping with numerous crises since 2008 show that injections of liquidity have a limited and diminishing effect. Fiscal stimulus is a much more potent tool to stabilise a declining economy. And, most of all, only structural reforms can revive a troubled economy on a sustainable basis.

China needs to cope with the consequences of the misguided stimulus in the past and restructure the economy to create another growth cycle. If attention is all focused on covering up past mistakes, it merely delays the inevitable, increases the bill for the eventual tidy up, and delays the beginning of a new growth cycle. As China’s population profile ages, the delay may see the middle-income trap become a self-fulfilling prophecy.