Andy Xie wrote an article in CaixinOnline where he shared his insights on the too-big-to-fail (TBTF) financial institutions and the flawed global financial system. 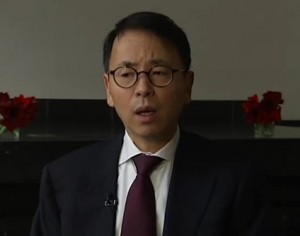 The flawed global financial system essentially holds all major governments hostage. Whenever a crisis happens, the policy priority is to stabilize the financial system for short-term economic stability. This tends to favor TBTF financial institutions. Every crisis makes the problem bigger.

The vicious cycle between short-term economic stability and long-term financial risk begins with central banks easing monetary policy to stimulate growth. The systemic distortion of the price of money rewards speculation, which tends to make some financial institutions bigger and bigger over time.

True global stability will only come when major governments are willing to sacrifice short-term growth for long-term stability. That threshold will only be reached when the short-term situation is beyond repair. An inflation crisis is what it takes to change the policy dynamic.

The situation needs to get worse before it gets better.

The accepted remedy for TBTF is to increase regulations, sort of turning big banks into semi state-owned banks. China is already there. If the government takes on the downside, why not become the owner to get the upside too. What Western governments are doing is to decrease the downside risk, not taking the upside. Neither is likely to work. Financial institutions tend to work for employees, not shareholders, customers or governments.

It is widely believed that U.S. banks have deleveraged, which is touted as one benefit of the Fed’s policy of low interest rates. But, the total debt outstanding for U.S. financial institutions, though down from the crisis level in 2008, is similar to that in 2006 when America’s housing bubble peaked. When the interest rate is near zero, what would be the incentive for banks to decrease leverage? It should be the opposite.