Andy Xie, former chief Asia economist at Morgan Stanley, and now an independent economist based in Hong Kong, shares his views on the Hong Kong Protest for BBC News. Andy agrees that it is economic factors that are behind much of the current unrest. 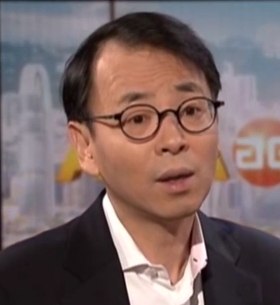 “Deep down most people are concerned about bread and butter issues,” he says.

“Hong Kong has not been governed well since the handover, local people feel that their living standards have been going down, and that they are being marginalised in Hong Kong. That’s what’s behind this discontent.”

For middle class residents, many with passports to other countries, that’s a choice they can make. But, as Mr Xie points out, many young Hong Kongers educated after 1997 find themselves trapped.

“It’s difficult for the people here to leave now,” he says. “Hong Kong introduced mother tongue education in ’98 – in Cantonese.

People are less likely to speak either English or Mandarin than before the handover. So it is very difficult for people to emigrate.”

“People are desperate and they are looking for a quick solution – I don’t see that coming – so this thing is going to go on. ”

The audio discussion you can find it here…