Dr Andy Xie’s insights on the Japanese Bubble are mentioned in the Australian Financial Review. Andy warns monetary policy alone cannot solve Japan’s economic growth problem, and he thinks the latest round of quantitative easing by the Bank of Japan could end in chaos. In his opinion the Bank of Japan could be blowing a big bubble… 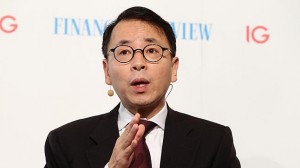 They are being screwed. With such a huge amount of funds in the Asian region the theory is they have to go to the Nikkei or US treasuries and the hedge funds are front running that. What it means is the yen will collapse like the Russian rouble in 1998. What the central bank is doing is they can’t see the end game, but the end game is chaos.