Dr. Frank-Jürgen Richter – Chairman of Horasis, the global think tank, is optimistic of China’s continued growth.  Here is his recent article in SCMP: 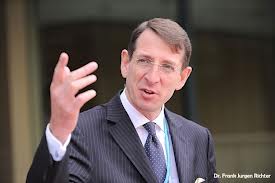 But there is little reason for gloom. The latest Chinese quarterly growth figure rose faster than expected after seven quarters of slowdown. Low-income groups have seen their wages rise while inflation slowed to 2.6 per cent last year. Higher up the scale, millions of Chinese travelled abroad in 2012.

Chinese, long masters in that strategy game of Go, have noted the lessons drummed into masses of MBA students – learn from best practices. For example, as China “opened up”, it emphasised entrepreneurship in its special economic zones. It kept control over money supply yet offered loans in hard currencies, provided the currency and profits were returned to state coffers. Those changes were in keeping with the development of financial instruments supporting international trade in Europe from the late 1500s, and with London’s industrial and financial aid to its early industrialists who stoked its industrial revolution.

I am sure Chinese strategists noted the redevelopment of the British road network that supported its industrial revolution, so raw materials and finished goods could be transported quickly and securely. I am also sure the developers of new highways noted that early British road development was from trade town to trade town, unlike the French who preferred to link military towns to one another, effectively hampering their township trade development.

The Chinese understand the importance of logistics.

Although China has a massive pollution problem, as it transfers to newer electricity generation plants and retires older industrial processes, it is boosting integrated urban mass-transit development. These well-designed systems will move workers swiftly and cheaply.

All this shows China means business. What it needs from other countries is freer global trade with a better integration of intellectual property rights.

Of course, this is a two-way process. Negative excesses of the past need to be avoided in the new future, but it will be a future with China as an equal partner – discussing and planning sustainable growth patterns.

One thought on “Dr Frank Richter Optimistic of China Growth”