Helen H. Wang is an award-winning author, consultant, and expert on China’s middle class. Helen shared with us in a blog post the answers she gave for two interviews on the change of power in China and on the view of the Chinese middle class on this matter. You can read them here … 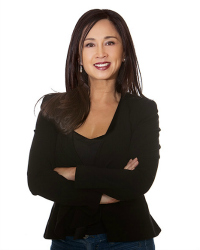 The Chinese Communist Party began its once in a decade leadership transition as the 18th National Congress opened on Thursday. I was interviewed by the Canadian TV News Channel and a German newspaper, Sueddeutche.de, regarding the change of power in China and how members of the Chinese middle class view the leadership transition. Below are the questions and my answers:

Q: What do members of the Chinese middle-class think about the last ten years and the leadership of Hu Jintao?

A: Members of the Chinese middle class think that the country has made a lot of progress economically in the last ten years under the leadership of Hu Jintao. They feel that their lives have improved tremendously. Many of them now own homes and drive cars. This compares to thirty years ago when their parents lived in slums and could hardly afford bicycles.

While many of them approve what the government has done, they are also under extreme anxiety. This anxiety has become increasingly intense in recent years due to political uncertainties. During my visit to China this September, people told me that the downfall of Bo Xilai is a result of political power struggles (which is no surprise to me). Many complained about corruption, the increasing income gap between the rich and poor, and were fearful about possible internal turmoil due to increasing crime and protests.

Overall, people don’t trust the system because it lacks the rule of law. They don’t trust that the Chinese government will provide security and protect their wealth. That’s why many members of the Chinese middle class are leaving the country – getting foreign passports, investing their money overseas, and sending their children to colleges in the West.

Q: Are we at a point yet where the middle-class can make a difference, as far as how the elite are running the country?

A: The Chinese middle class, although over 300 million strong, is only about 25 percent of China’s entire population. At this time, they are not yet a significant force to influence policies in terms of how to run the country.

However, they are beginning to push back. In October, weeklong protests involving thousands of people in an eastern city, Ningbo, forced a chemical plant to suspend its expansion plans. Such large-scale protests are happening more frequently all over the country, from Shifeng in the southwest to Dalian in northeast China.

In the past, most protesters were farmers who fought for their land. Recently, however, an increasing number of protesters are urban middle class people who are angered by environmental hazards that harm their health. Some use social media to coordinate street protests against construction or expansion of factories and mines.

The Internet is playing an important role in facilitating average people to voice their opinions. Weibo, a Twitter-like Chinese social media with 300 million users, is a major platform for people to express their views on issues from pollution to corruption.

Evidence from other countries, such as South Korea and Taiwan, suggests that when countries advance economically, they begin to democratize when their median income reaches somewhere between $5,000 and $10,000. Last time I checked, China’s per capita GDP was around $8,000 in 2011. If this rule applies to China, a change in China’s political system may be imminent, if not inevitable.

Q: Which factors and topics do matter most for the Chinese middle-class in the next ten years?

A: The Chinese middle class wants to feel secure in their financial situation, their health, and their well being. Like members of the middle class in the West, they want to have a better life and give their children an even better life. They want to see continuing and stable economic growth and opportunities for upward mobility.

The things that concern them the most are corruption and a lack of the rule of law. Clearly, the Chinese government has proved to be ineffective in addressing these problems. Corruption has gone out of control. People’s trust in authority is at an all time low.

In order for the Chinese middle class to continue to grow, China’s new leaders must tackle these problems in a fundamental way. As a young entrepreneur in Beijing told me, the main reason for corruption and a lack of the rule of law is the Communist Party – there are no checks and balances on power.

I believe that China has reached a point that political reform has become a necessity for China’s continuing economic growth and stability. In fact, some people in China are already exploring the possibility of factions or competition within the Communist Party as the first steps toward a democratic reform.

In writing my book The Chinese Dream, I interviewed over 100 people. Many told me that “only when we have economic freedom, will we have political freedom.” While they may not see a Western style of democracy as an answer for China, they do believe that “the trend of democracy is unstoppable.”

I hope China’s new leaders want to be on the right side of history.