Ian Johnson was the keynote speaker at the U.S. Catholic China Bureau‘s 25th anniversary meeting, with more than 100 people  in attendance. The topic of Ian’s speech  was “Beyond Economics: China’s Search for Values in the Reform Era.” 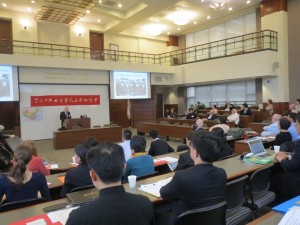 If you are interested in engaging Ian for a speaking arrangement please contact info@chinaspeakersagency.com for more information.