“In spite of the stigma, the risky business helps serve the community by providing loans to those in need on flexible terms that real banks can’t” – Joe Zhang 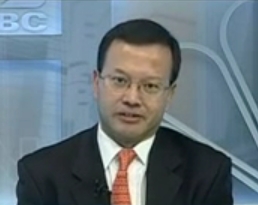 Shadow banking is lending activities outside regular banks. Despite what some would say, it is a reputable business on the mainland. It fills a legitimate need. Despite some lingering stigma, the industry is not one I am ashamed to be in.

While the P2P operators are not legally allowed to guarantee the safety of investors’ money, they still find legitimate ways to achieve the same goal. For example, CRF charges borrowers a 5 per cent risk premium and pools the money to compensate investors in the event of a default. Yooli and Kaixindai, on the other hand, make small loans in partnerships with licensed micro-credit firms, and require their partners to guarantee the loans.

The borrowers in the P2P networks are similar to Yuqing’s customers, but a bigger and growing percentage are young white-collar workers who do not mind taking out a loan for a new car or a holiday in the Philippines.

Banking on the mainland is seen as a complex business (it is) and something that governments like to meddle in (they do). However, despite that meddling, ordinary people can find a way to help themselves … sometimes in the shadows of the “real” banks.