Retail in China is booming. Are malls and brands doing what is right to attract and retain the consumers? Retail expert, Ken Hughes has lots of insights to share. See his most-in-demand topics below: 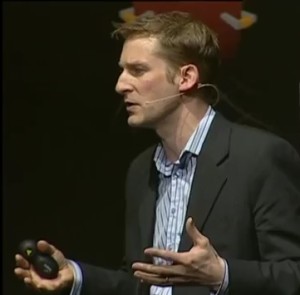 • The Digital Native Advance: A New DNA for Shoppers

Too often the focus is put on the technology – the smartphone, the apps, the social media. The focus should never be on the technology. Technology is only ever an enabler for us to build better connections with our customers and end user
The real change is taking place in the social and cultural norm shifts. There is a huge difference in expectations between the BG and AG consumer (born Before/After Google). The Digital Natives (born in the 1980’s) have now begun to enter their 30’s and are set to herald the biggest shift in consumer behaviour since the invention of the teenager in the US during the 1950s. This talk examines what this generation will expect from life, relationships, brands and retailers. What they will demand and how they are fundamentally different from the consumer of the past 20-30 years
The technology shifts are interesting, but they are only the catalysts for what is really happening. There is a new shopper and consumer DNA emerging. They are hard-wired differently. They will not react to the same stimulus that has worked for the previous generations. It is time to future proof and understand what this will mean for your business
Using a blend of social and cultural anthropology alongside consumer behaviour shifts, we will examine where this could all be heading. If the shopper DNA is changing, don’t you think it makes sense to examine those building blocks for the implications to our businesses?
If you don’t like change, you’re going to like irrelevance even less

The average household buys 300+ SKUs a year, from a choice of 20,000-30,000 depending on the size of the supermarket. That is about 2%. Most shoppers repeatedly buy from the same categories, and buy the same products. Grocery shopping is a task, a routine for most. They would prefer to get it over with and buying the same thing is a short-cut to achieve this. However it is a significant barrier to growth for retailers and manufacturers.
We need to get better at engaging the shopper in-store. This is where it most matters. This is the moment they are either going to buy your product or not – the golden moment of truth. Triggering interest and a purchase in-store is more important than any other marketing activity – it is what ultimately will pay your wages.
This talk looks at the in-store moment and how best to make it more experiential. Using a 5 senses model, we look at global case studies using scent marketing, sound marketing, automated taste sampling, eye-catching displays, and the possibilities that interactive screens, RFID, NFC and Augmented Reality present. The talk is designed as an inspiring session to challenge the norms of FMCG retailing. With so much technology now available to us, and with changing shopper expectations in terms of interaction, it is time to embrace the store as an ‘experience’ as opposed to simply a ‘warehouse’.
This speech has been voted ‘best talk’ at numerous retail conferences in Russia, Eastern and Western Europe and has been booked by Retailers, Suppliers and Industry Bodies.

As humans we don’t make rational choices most of the time. We don’t really go through life making cost/benefit analyses about everything we do or buy. The world is a lot more fluid than that. Emotion, gut feel and other psychological factors are far more powerful than rational thought. Behavioural economics concerns itself with the psychology of decision making. Clearly we can learn from this discipline, as human irrationality is a powerful force that should be harnessed and used to influence the shopper.
This speech takes a humorous look at irrationality, and applies key areas such as arousal, herding, priming, and choice architecture to consumers & shoppers. The talk outlines academic studies and global case study examples of how such theory is applied to consumer goods and successfully increased sales in-store. It blends behavioural economics, neuromarketing and consumer psychology to open a window to the opportunities of growing sales through alternative approaches. By understanding the psychology of the decision making process, we can then easily step in and influence it, thereby putting new tools in the toolbox for triggering these incremental sales in-store.
Above all, this speech will open your eyes to how easy it is to influence people and make them do what you want.
This speech has been voted ‘best talk’ at numerous retail conferences in the US, Eastern and Western Europe and has been booked by Retailers, Suppliers and Industry Bodies.

There have been 3 major power shifts in consumer goods retail. The first was from independent grocery stores to the brig brands in the 1950’s and 60’s. The second was from the brands to the retail chains in the 1980’s. And today we have the most recent: The Shopper.
Today the shopper holds the power, not the brand or the retailer. Loyalty is dissolving for brands and store banners. Omnichannel presents not only opportunities but also significant challenges for retailers and manufacturers to hold on.
This talk looks at shopper centricity and challenges organisations as to where their focus really lies. It is easy to ‘say’ the shopper is at the heart of your business, but few brands or retailers actually show this to be true. Alongside Digital Marketing, Shopper Marketing is the fastest growing discipline in the CPG industry. Designing strategic shopper marketing initiatives that are based on solid shopper insight, compel purchase, encourage higher consumption and drive higher footfall to store and brand market share are key to success.
This talk showcases the challenges and opportunities in the Shopper Marketing field, and outlines the potential pitfalls as organisations face re-structure and as the shopper power shift continues. Shopper Marketing is not just a process or a strategy – it is an ethos.
This speech is given by one of the few international thought leaders on Shopper Marketing, utilising shopper and consumer behaviour case study material.

He is a part-time lecturer in Consumer Behaviour in University College Cork, and a regularly invited keynote speaker on the international industry conference circuit. His interests extend to neuromarketing and behavioural economics, with particular focus on their application to shopper motivation theory. Over the past 12 years, as founder and CEO of Glacier Consulting, he has pioneered developments in shopper behaviour insight, particularly in the fields of ethnography, endomethodology and biometric shopper research.

His presentations are inspirational, energetic and humorous, full of relevant case studies and Irish wit. His expertise, together with strong practical knowledge from his consultancy experience in Category Management and Shopper Marketing, results in a strong client base across retailers, suppliers and third party agencies.

Contact us at China Speakers Agency to engage Ken Hughes for your next event.