Leroy Chiao is the only American Chinese heritage astronaut. In his recent interview with South China Morning Post (SCMP), he talked about how he made his space dream come true.

After university, the dream to go to space was always in the back of my mind. I worked for a company that made materials for aerospace and sports equipment, then for the Lawrence Livermore National Laboratory. By then, I had the right degrees and the right amount of work experience, so I applied to Nasa in February 1989.

learned to fly in graduate school. After I passed my PhD, I took out a loan, went to the airport right by the campus, started taking flying lessons and got my pilot’s licence.

For some people, flying is a raw thrill, but, for me, there’s satisfaction in doing something that demands a lot of precision. I don’t fly as often as I’d like – only about 50 hours a year. If I have a meeting somewhere not too far away, I’ll fly there. When I was at Nasa I had a house on a small private airstrip that we shared between the flying community. I had a hangar in my backyard with my airplane in it so I could just fly from my home.

In Asian culture, you are not supposed to promote yourself; you are supposed to work hard and wait to be noticed, but that doesn’t work in Western culture. I tell them it’s important to project yourself and make sure your superi­ors know about your capabilities and accomplish­ments. You are not being boastful; you are taking care of yourself.

Our big message for kids is developing ethics and morals: you are not entitled; you have to work hard, and treat people with respect. We encourage them to follow their dreams and persist. So if it doesn’t work out, at least you tried. 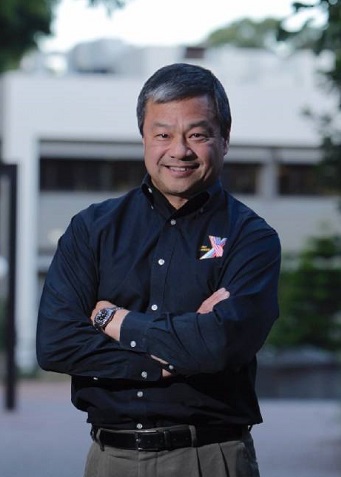 Leroy Chiao 焦立中 worked at NASA for 15 years before he left the agency in 2005.  A veteran of four space missions, Dr. Chiao most recently served as Commander and NASA Science Officer of Expedition 10 aboard the International Space Station. He has logged over 229 days in space – over 36 hours of which were spent in Extra-Vehicular Activity (EVA, or spacewalks).